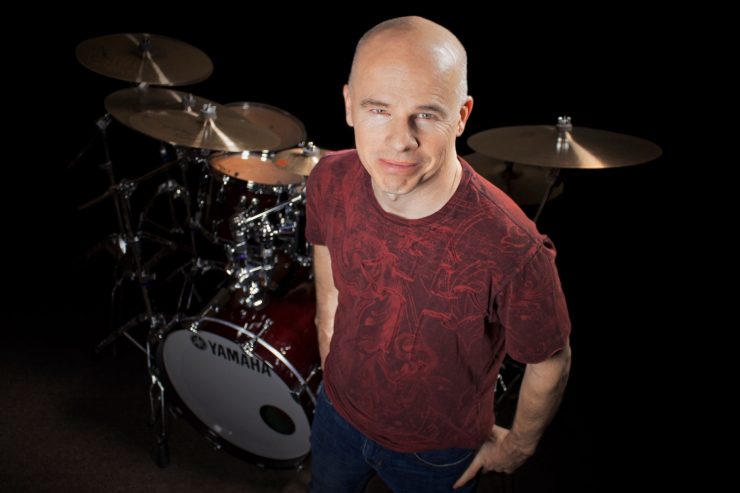 A big shocker in the prog world as Jimmy Keegan, long time touring drummer and member of Spock’s Beard on the last 2 studio albums has announced his decision to leave the band in order to pursue other interests.

“Hey Kids! So … In 2003 I was asked to join Spock’s Beard. I had been toying with the idea of putting my own band together but this seemed a safer route as well as an honorable one. Nick had become the singer and they needed a drummer who could sing (especially the high bits) as well as play the often complex parts that Nick had crafted so well. The fit seemed perfect. Almost too perfect! I became the touring drummer while Nick played alongside and in the studio. Some time later, Nick would get a call to join Cirque du Soleil and he decided to take the offer, as I would’ve as well. I became the full time drummer and tracked two fantastic records as well as some great tours and shows. The idea of my own band was still nagging. I started to humor it and raised some money in a campaign but the schedule has proven extremely difficult and I have been way too slow to produce this first album. I should’ve been doing this long ago. For this reason, I have stepped down as the drummer for Spock’s Beard and will be putting all my efforts into my own project. Oh sure, I will continue doing sessions, gigs and short tours but my daily focus will now be … well, myself. For those who contributed, I can’t thank you enough for your patience. For SB fans, you will be in good hands. Look to the guys for announcements of what is to come.

Definitely not an easy decision but a necessary one. Thanks for your support and thanks to Spock’s Beard for allowing me to be a part of such a fantastic band for so long.

The members of Spock’s Beard posted this message on the band website:

“We regret to announce that Jimmy Keegan has resigned from Spock’s Beard to pursue other interests. Jimmy has been a key member of the SB family since 2003, and his unique contribution will be sorely missed. His talents as a drummer and vocalist are world class, unsurpassed. We wish Jimmy well and look forward to what he’s going to come up with next – Dude, you’re the best!”

A replacement has not yet been named.