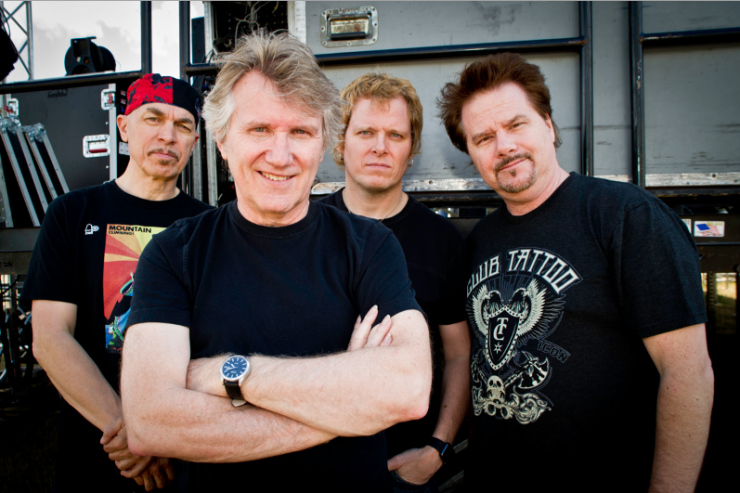 Former Triumph guitarist Rik Emmett is set to release his new album with his new band RESolution9 on Nov 11th.

Former Triumph guitarist Rik Emmett is set to release his new album with his new band RESolution9 on Nov 11th.  The Prog Report is pleased to premiere the second single from the album RES9, “I Sing”.  The track features James Labrie of Dream Theater on guest vocals.

Rik Emmett on “I Sing”:  “Things really rounded into shape after James put his parts on there, and then Andrea & Katalin added their gorgeous background parts. Then it went over the top after Dave Dunlop added his guitar solo on the tag, and the boys started mixing it. It was a tricky mix – but it’s such a beautiful thing about recording, when the work finally takes on the ‘epic’ size and style that one had in one’s head, when the song was first being written. To me, the lyric in the bridge of the song sums up the story: why do people sing? Why do I sing?

Every lesson I have learned, every scar that I have earned / Taught me how to raise a joyful noise.
So now for each and every voice, denied their songs of choice / I must sing: I’m bound to sing

It’s as if music chose me, as much as I chose it. It became my life because it was the best aspect of reality I could experience. A natural passion: like the way our dog can’t help it, when she greets us: she sings.”

James LaBrie had this to say about working with Rik:

“I’ve been extremely blessed and fortunate to meet so many great musicians and beautiful people throughout my career, and to have the opportunity to collaborate and record with some of them is really icing on the cake,”
“What a thrill it was to record with Rik, who is such an incredible musician and overall down-to-earth cool guy.”

The members of RESolution9 are from Rik’s touring quartet: Dave Dunlop on guitar, Steve Skingley on bass, and Paul DeLong on drums, with Dave and Steve co-producing the project.

The first single “Human Race” was premiered on Guitar World, you can see that here:
http://www.guitarworld.com/artist-news/hear-rik-emmetts-new-song-human-race-featuring-rushs-alex-lifeson/29890