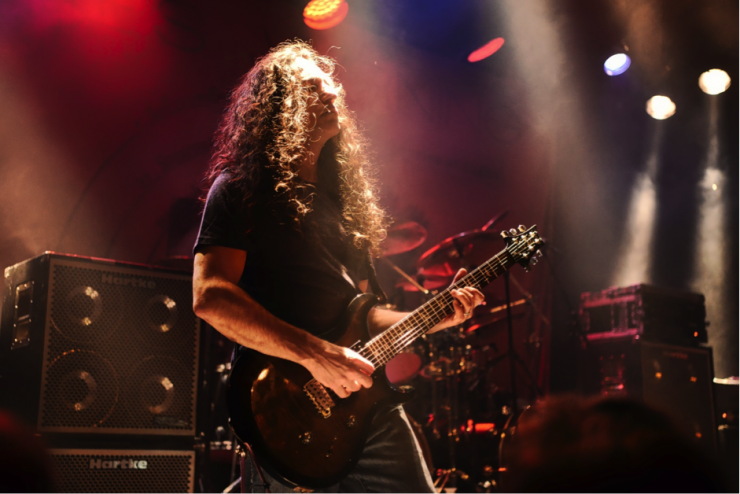 Jim Matheos, founding guitarist of legendary US progressive metallers Fates Warning, has announced the release of the debut album from his new Ambient Instrumental Rock project Tuesday The Sky. The first full-length album ‘Drift’ is set for release on June 30th, 2017, and sees Matheos expanding the boundaries of his sound ever further.

Drift came together in the downtime between Fates Warning finishing Theories of Flight and the beginning of the touring cycle, enabling Matheos to explore a type of atmospheric and instrumental music you might not expect of him. He comments: “With this kind of music, it’s a lot about creating a mood and letting that sink in and develop over long periods of time, as opposed to the more frenetic format of most prog music.” Taking cues from artists like Brian Eno, Boards Of Canada, Sigur Ros and Explosions In The Sky, he explores expansive textures and ambient electronica, as well as some of the most colossal riffs he has ever produced.

The album also features the talents of God Is An Astronaut’s drummer Lloyd Hanney, who provides a rhythmic backbone that is at once punchy, precise and restrained when necessary. Other guests include long-time OSI collaborator and former Dream Theater member Kevin Moore who plays keys on two songs as well as Anna-Lynne Williams (Trespassers William, Lotte Kestner), who provides ethereal vocals (of the non-verbal kind) on two other songs.

What the future of this project holds and whether it will be taken out on the road is yet to be seen. Matheos comments: “It would be a challenge to bring this project but it is an interesting idea and one I would at least consider if there seems to be enough interest.” What is sure though, is that Tuesday The Sky’s debut is a bold, brave, creative and ultimately successful album from one of rock’s most underrated of musicians.

The album will be released as special edition CD, black LP + CD & digital download.
Further details will be revealed soon.