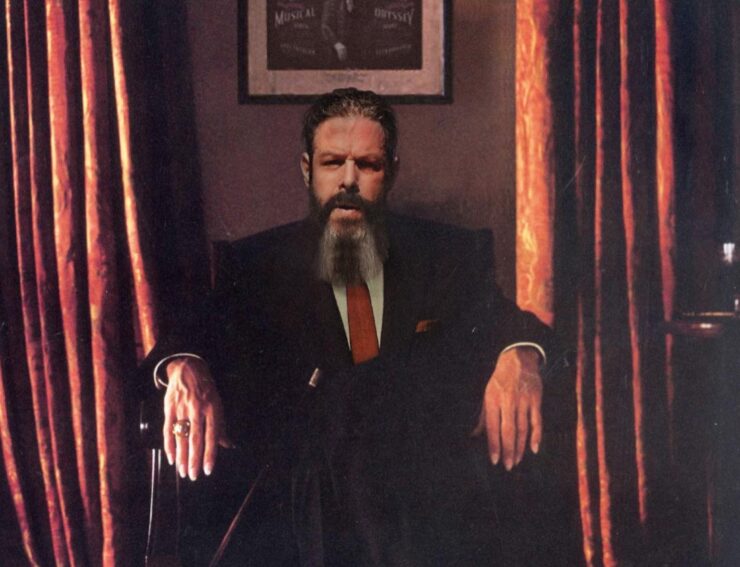 The follow up to the critically acclaimed debut “Songs For The Apocalypse” is set for an early 2022 release.

Jason Bieler (not Bieber) & The Baron Von Bielski Orchestra are currently in the studio recording the follow up to the critically acclaimed debut “Songs For The Apocalypse” set for an early 2022 release, with a single expected to drop this fall. Here Jason tells us about some of his favorite prog rock songs.

Genesis – Squonk – I have a circuitous route to discovering classic prog. As a kid, I was more aware of the Genesis Phil Collins mega-hits with just a smattering of the Lamb Lies Down tunes with Gabriel. I was fascinated by the fact that while obviously more complex compositionally Genesis was still first and foremost writing actual songs. Sometimes these bands seemed more interested in getting together and solving complex math problems or in purposefully making things difficult rather than songwriting…Genesis managed to do both. New fan, first-time caller!

King Crimson – Larks’ Tongues In Aspic (Part 1) – Robert Fripp was always a guy I felt compelled to say nice things about publicly yet I was completely unexposed to his actual playing. Like Radiohead…it is just accepted that at posh music cocktail parties you must simply nod in agreement when one nearby muso says…”did you hear the new Radiohead remix by the ambient hemp farmer from Lapland…it is transcendent!!!” So in my late to the party style, I was forced to learn this tune for reasons that cannot be divulged at this time…(top-secret government stuff.) Imagine my delight when having never played in a cover band in my life I was charged with learning this piece. My joy can be best summarized like this:

“What Mr.Fripp did was very spiteful, but it was also very brave and very honest and I respect him for doing that. But the content of what he played has made me hate him. So there’s a layer of respect, admittedly, for his brilliant achievement, but it’s peppered with hate.”

Haken – Cockroach King – LOVE this band from the first second that I heard them, this tune just floored me, it has elements of Queen, Jazz, prog, rock…but it all felt real, and made sense rather than “look at what we can play.” At the end of the day for me…it has to be song first, then the technical boundary-pushing stuff. Rare is the band that can do both! Viva La Haken!

Devin Townsend – Evermore – There are so many things I love about Devin, not the least of which is his fearless sense of adventure which could also just be a blatant disregard for giving a crap about what anyone else thinks…either way he is like the Lewis & Clark of sonic exploration if there was only one of them…so maybe we’ll call him the Sir Edmund Hillary of modern compositional travels! All that, plus he is a delightfully kind person and was beyond helpful to me more than a few times. So technically I could be thought of as the Tenzing Norgay to his Sir Edmund, yes yes! The Tenzing of Pseudo Prog! The catalog of his achievements is vast and diverse and fearless…this is just a brilliant tune from Empath…dig deep there is a world in there!

Jason Bieler – Annalise  – As the self-proclaimed King Of Prog I would be remiss if I did not mention this peppy number from my new record Songs For The Apocalypse…I still have no idea what the actual time signature is, so to increase my prog street cred I think I will proclaim it to be “polyrhythm.” I have always felt that my undeniable good looks have made it harder to be taken seriously as a new world prog composer…which is why I now feature a VIP package that offers Dungeons & Dragons playtime with the crew. While touring I exclusively travel in a Saruman The White costume, and all support personnel are instructed to choose and dress as a Tolkien character during our cosplay after parties.