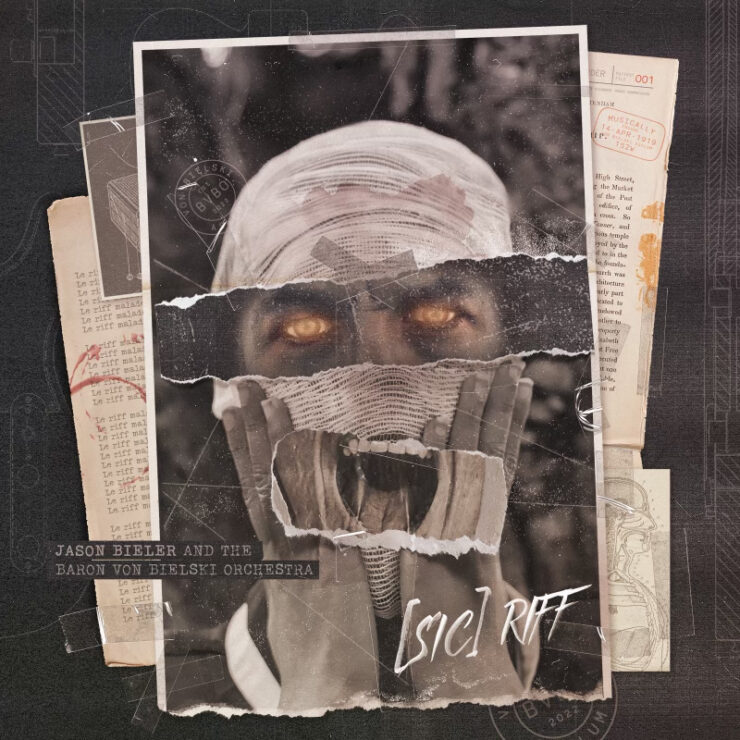 Set to make their worldwide live debut at ProgPower USA XXI on June 3rd, Jason Bieler and the Baron Von Bielski Orchestra have released a heavy new single appropriately titled “Sic Riff”. The track is the second single to be released in advance of an upcoming album due out later this year.

Jason Bieler had this to say about the new single:
“It is about time for the musical high wire act of the Baron Von Bielski Orchestra to take the stage this week for our worldwide debut at the Progpower Festival in Atlanta! In keeping with a long history of storied prog traditions, we will be wearing sequined capes and playing versions of songs that sound nothing like the ones from the record. In fairness, we couldn’t figure out how to get the backing track machine to work…so we said…let’s just leap the breach and plow through the music like an Amish run farm! We also won’t have in-ear monitors…again not because we don’t have them…but sticking with BVBO tradition, we couldn’t figure out how to get them to work either.

“Ohh, yes…to the point, we are going to be playing two new songs from the unreleased record, “Postcards From The Asylum”…because if I know one showbiz thing, nothing pleases music fans more than new tunes, especially live! So to attempt to remedy this blasphemous display of self indulgence we’ve ( when I say “we” I mean “me” and the “voices”) decided to release one of the songs June 1st…it is called “Sic Riff,” it is technically in 12/4, which is really 4/4…but you have to admit for a sec you were like…”this Baron Von Bielski cat is entirely off the mental reservation!” I don’t like to really discuss my lyrics…but this tune is not about “Monkeypox”…although there is a new song on the upcoming record, called Flying Monkeys…which has Marco Minnemann on it, and to my knowledge, as of this writing at least, he has no primate based illnesses…for that matter he doesn’t even own a monkey.

“I personally would love a monkey…but I digress. New tune out everywhere June 1st! Featuring the brilliance of Andee Blacksugar on guitars and noises and Edu Cominato on drums, he is from Brazil and I’m not really sure he actually knows that he played on the record, as I used google translate to chat with him, but it was accidentally set to English to Uzbekistan…so in hindsight all he knows I said is “does your goat have global entry” or something to that effect. If you see Edu, please tell him thanks and that I was referring to the TSA, not his goat being a hussy.”