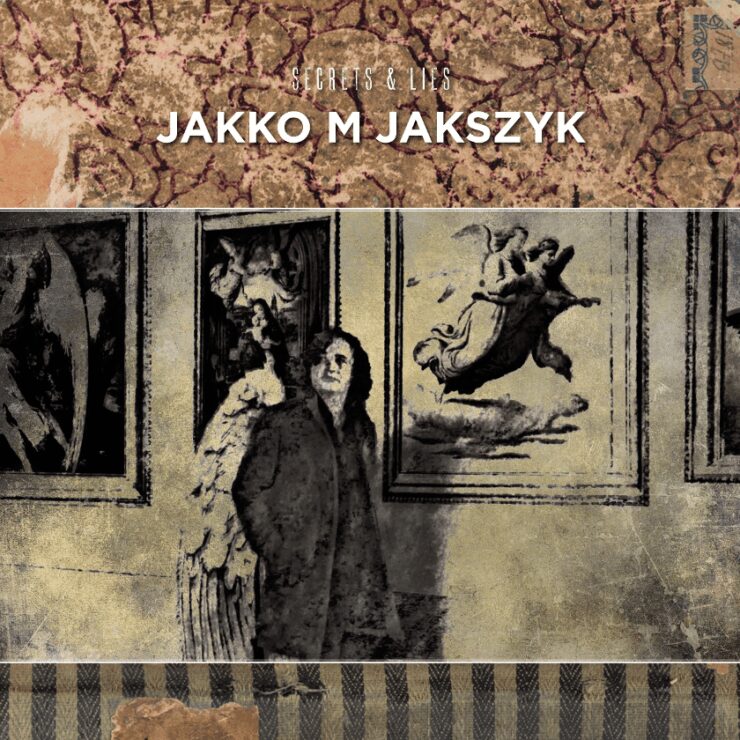 For many reading this site, the mention of Jakko Jakszyk will be directly associated with King Crimson. I first remember hearing his name as the replacement in Level 42 for the revered guitarist Alan Murphy, and it was apparent that, like Murphy, he could pull off the Holdsworth-style guitar licks that were part of that band’s sound. Then he appeared as singer/ guitarist of the 21st Century Schizoid Band, among some former Crims, in a semi official tribute band… then a great solo album… then as guitarist in The Tangent… then Scarcity of Miracles, his collaboration with Robert Fripp which was augmented by Tony Levin, Gavin Harrison and Mel Collins, that proved to be a stepping stone to what has now been more than 6 years as the voice of the resurrected King Crimson. It has been more than 14 years since The Bruised Romantic Glee Club album, and Jakko has been far from idle – but what expectations have his recent activities left us with for a new solo album?

Well I am pleased to say that the album brings together the very best of his influences from throughout his career, and makes judicious but not excessive use of his address book! Opening track Before I Met You, begins with a Crim-esque angular guitar riff and may make you wonder are we stepping into an album that leans heavily on those influences but actually, that isn’t the case. The opener is blends his pop sensibility with great musicianship and edgy playing- the rhythm section here are particularly impressive, yet don’t detract from the lyric, which appear to suggest obsession of the singer with his muse/ inspiration.

The Trouble with Angels strikes a more mellow vibe, with some brilliant fretless bass playing and is similar in tone to some of the tracks from “A Scarcity of Miracles”. Fools Mandate incorporates some world music style percussion and more unusual instrumentation, with a distorted vocal, it leads to one of the album highlights for me… the intricate and fluid guitar solo midway through demonstrates an aspect of Jakko’s playing (assuming it is him!) which doesn’t regularly feature in Crimson and the legato lines are exquisite.

It’s amazing the variety of styles and sounds that have featured, and I’m not even halfway through. While the album boasts the names of Fripp, Harrison, Levin, John Giblin, Mel Collins and Level 42’s Mark King, the guests in no way distract from this being a Jakko album through and through. The ballad, The Rotters Club is Closing Down is gentle and flowing, with a great vocal, and stirring clean guitar lines.

A drastic mood shift kicks in following this track, as Uncertain Times is the first of 3 tracks which we are told originate from King Crimson writing sessions. Even if I hadn’t told you that, you’d arrive at the conclusion after a quick listen – but this is in no way a critique. This is a great track, certainly worthy of a Crimson release! It is followed by It Would All Make Sense and once again the guitar artistry of Jakko is housed within a melodic and listenable song structure which is accessible to those who may shy from the prog label, but yet has enough “meat” for those who like their music to have a lot of substance. The album also features two instrumentals, one of which is an electric guitar fanfare, the other, Trading Borders, is an acoustic piece, reminiscent of Mike Oldfield with its instrumentation and recorder.

Under Lock and Key and the final track Separation are songs cut from the Crimson cloth. The latter in particular proves to be a show stopping album closer, which dials up the prog – KC-ish riffing, saxophone and almost Gentle Giant style vocal interplay all bring things to a spectacular close.

Neatly timed at 49 minutes, it packs a lot into its relatively modest (in the CD era) play time, but also doesn’t overstay its welcome. If you are only familiar with Jakko as an interpreter of the KC back catalogue, this album is a fantastic showcase of the full spread of his talents as a singer, player and writer.

Released on Oct. 23rd, 2020 on InsideOutMusic
Key Tracks: Before I Met you, Uncertain Times, It Would All Make Sense