Interview with Mark Zonder and Gary Wehrkamp on their new collaboration 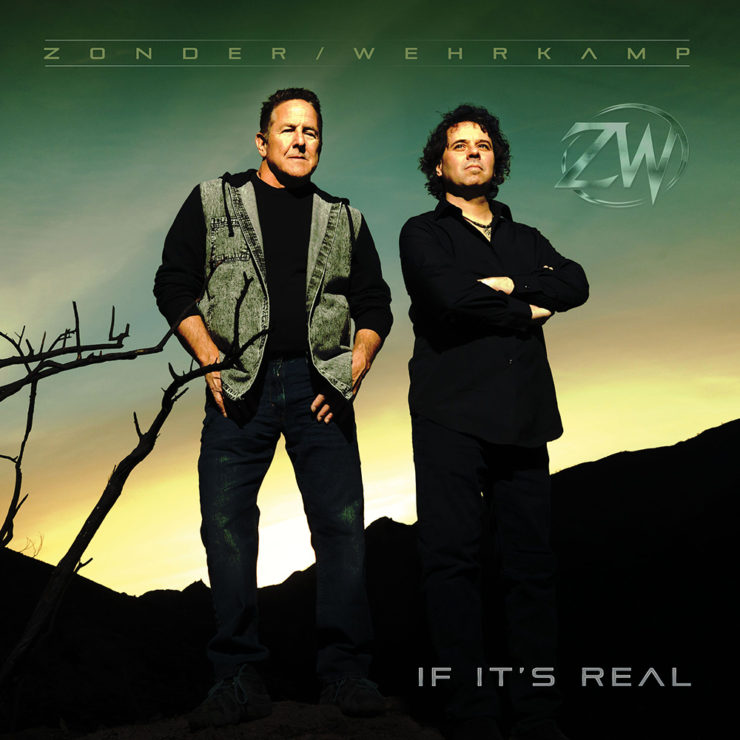 ‘If It’s Real’ is the debut album from Zonder/Wehrkamp

Progressive metal fans will no doubt recognize the names Gary Wehrkamp and Mark Zonder, known for their work with Shadow Gallery and Fates Warning respectively. The two have just released a new album as the duo Zonder/Wehrkamp. The album titled ‘If It’s Real’ is out now. We caught up with Zonder and Wehrkamp about the new album.

What brought you guys together for this project?

MARK ZONDER: We have been working together for over 19 years. Probably have over 80 songs that we have written in various styles of music. Actually Mike Varney at Shrapnel Records introduced us years ago.

GARY WEHRKAMP: Yeah, there have been many ideas! I think some of those may see the light of day in the future. I believe Mike Varney told us both that it could be good for both of us to work together.

How long has this been in the works?

MARK ZONDER: This particular project probably a few years on and off. We had constant problems finding singers that would work well in the project. We wanted to have a third voice in the creative process, but it got so frustrating that we decided to have Gary sing so we could move on and put out the record.

GARY WEHRKAMP: Yes. It was not my intent to be the singer. After we had a few stalls, I began writing the vocal melodies and lyrics. I sang a few of them just so the ‘real singer’ would have some ideas to start from. It turns out that after a number of years, that singer would be me.

Were these all fresh ideas or some things you had brought prior songwriting sessions?

GARY WEHRKAMP: Everything was completely fresh. From my end, I was after something unique and different for each song.

MARK ZONDER: All of the ideas were brand new and created specifically for this record. I would record a lot of various drum patterns and then send them to Gary. He would start writing various ideas and parts to the drums and then the basic idea was born. Then it was just a matter of crafting the rest of the song and deciding on what direction to take it.

The album is also just the two of you. What made you decide not to make this a full band with other members?

MARK ZONDER: Between the two of us we can play, record and mix all of the instruments. As I mentioned, we were looking for a singer but to no avail. Gary and I work very quickly and efficiently together. We did not want to be slowed down by other people. Also, we had a very good idea of what we wanted and really did not need anyone else.

Was that easier or more challenging?

GARY WEHRKAMP: It was definitely easier. Once we are underway, the writing and demoing process happens simultaneously and quickly. I am already thinking about the bass line as I am recording a guitar or keyboard part. In many cases, we pretty much know where things are going once we hit record. Other times, we stretch out and experiment a bit more to find what works.

MARK ZONDER: Much, much easier, no question. We did not have to hear from the bass player on how he has some great song that should go on the album. We were very focused.

The album is a bit different from your progressive metal backgrounds. Was that largely the goal? Was this style something you had been wanting to try for a while?

MARK ZONDER: I would say that if you listen closely there is a bit of progressive stuff going on but not metal. Yes, we were looking to do a dark, airy, spacious style record. Maybe Pink Floyd meets Genesis. We were actually approached by a label to write in this style and then found out they decided not to go in this direction.

I think we just found a unique style and kind of just went with it.

Where did the title track come from? What is the story behind that song?

MARK ZONDER: As I remember it was the first song we did.

GARY WEHRKAMP: It was the first song. I remember the basic idea began and evolved very quickly. I just chose some random keyboard notes and moved one of them around while keeping the other stationary. The changing interval created a vibe and once I had the first line of a lyric, the rest flowed as fast as possible. I believe every melody that was written for it was the first thing that came to my head. I was still considering this new ‘style’ an experiment and wanted to see where it would go. I cannot say every song on the album was as effortless, but this first one definitely was. The song is about paranoia and hope and deciding which is real.

Is this a project you could see yourselves continuing with more albums in the future?

GARY WEHRKAMP: I think so. We are in the promoting stages still, but a few ideas are already being discussed.

MARK ZONDER: Yes, we are already putting ideas together. Next album might be a bit more up-tempo, but still in the ZW style.

Thanks for doing the interview. Congrats on the record.

MARK ZONDER: Really appreciate it. Thanks for the time and effort.

You can check out the album here: https://open.spotify.com/album/2isi1FK1SOq6K71SXwCtSE?si=bfLy320RRLqdjLaxHHsyxQ