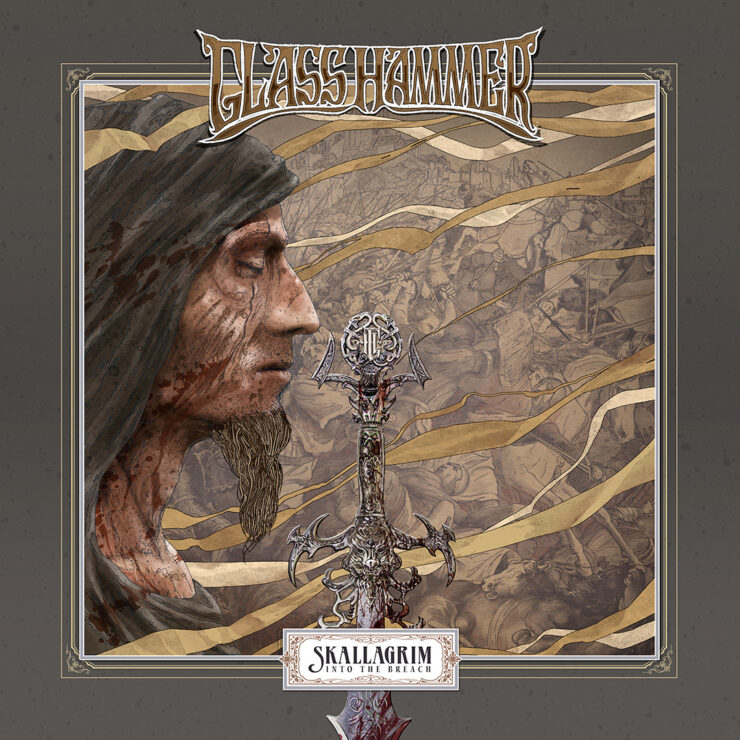 Glass Hammer returns to the world of the Dreaming City with the follow-up album, “SKALLAGRIM — INTO THE BREACH” out on October 15th, 2021

Glass Hammer returns to the world of the Dreaming City with the follow-up album, “SKALLAGRIM — INTO THE BREACH.” The album continues the tale of the thief with the screaming sword, a “desperate man” who lost his lover and his memory.

“It’s over the top and meant to be,” comments Glass Hammer’s Steve Babb. “But it’s relevant as well,” he continues. “There’s always a deeper story hidden within every concept album we’ve ever done. This one is no different.”

“There is a new lead vocalist fronting most of the songs on the album, and many guitar-driven songs rather than the keyboard based music heard on previous albums. So it’s different in many ways, and certainly our heaviest album to date!”