Gazpacho release new video for “Antique” from ‘Fireworking at St.Croix’ 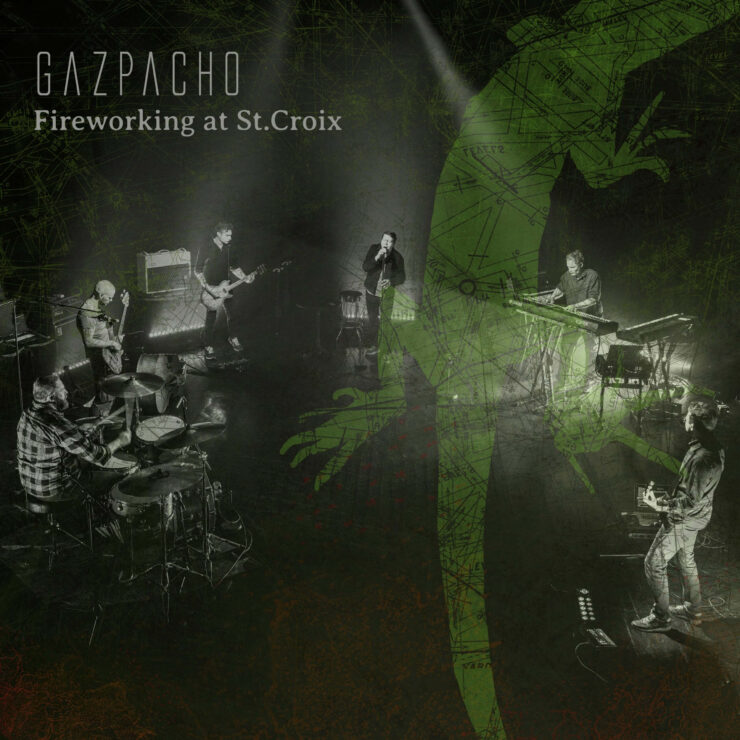 Gazpacho release new video for “Antique” from ‘Fireworking at St.Croix’

Having recently announced the release of “Fireworking At St.Croix” – the multi-format release of Gazpacho’s “lockdown” film the band have released a new clip, for the track “Antique.”

Thomas Anderson comments “Ladies and Gentlemen. We present to you «Antique» taken from the latest Gazpacho live DVD/Blu Ray ‘Fireworking at St.Croix.’ A must have for anyone who likes their music dark, moody and brimming with soul. And not the James Brown type!

“This is one of the few songs where we allowed ourselves a little post-production as we felt that a number called “Antique” simply sounded better in black & white!

“We had great fun turning it into what looks like an old episode of ‘The twilight zone,’ unfortunately without the voice over of Rod Serling although his spirit was undoubtedly present during the performance. We cunningly added a number of easter eggs in the form of newspaper clippings that will mean something only to the hardest of hardcore Gazpacho fans and we look forward to whoever catches these letting us know if you get them.

“The song is about the oldest things we own, our genes, that go back in an unbroken chain to the origin of life. A must have for any collector. Both genes and the film I mean, and in that order. It is about the ownership of our actions as control slips from «us» to our deeper instinct and that transition and how we rationalize it all later. It also contains some gratitude to the Antique who guides us through those times when we sorely need the help of the expert survivor part of us. Maybe not a bad thing these days?”

Fireworking At St.Croix, filmed at the band’s rehearsal space in Fredrikstad, Norway, offers fans a very moody trip into the world of ‘The Fireworker’, captured on the 25th of October 2020. No fixes, no polishes, no light show and no nothing. Not even catering. Just the pure rendition of the music along with a surprise or two for those of you who have been with the band for a while.

The original stream has now been completely re-edited and expanded with 30 minutes of additional material not included in the original broadcast, all remixed in glorious 5.1 surround sound. The Blu-Ray edition also contains 2.5 hours of bonus material including promo videos, interviews and a bonus concert filmed at the last night of the Soyuz Tour in 2019.

Fireworking At St Croix will be released on Kscope on 11th March 2022, on multiple formats all of which are available to PRE-ORDER HERE (https://gazpacho.lnk.to/FireworkingStCroix )

· Deluxe 4-disc hardback book edition – with the whole show on double CD, Blu-Ray and DVD as well as 48 page coffee table book including extensive liner notes about the Fireworker concept and the history of Gazpacho, including never before seen photos and alternative album artwork.

· Blu Ray – which features the re-edited and expanded original stream with 30 minutes of additional material not included in the original broadcast, all remixed in glorious 5.1 surround sound. Plus 2.5 hours of bonus material including promo videos, interviews and a bonus concert filmed at the last night of the Soyuz Tour in 2019

The show soundtrack will be available on CD, double LP on black vinyl and as a digital album.