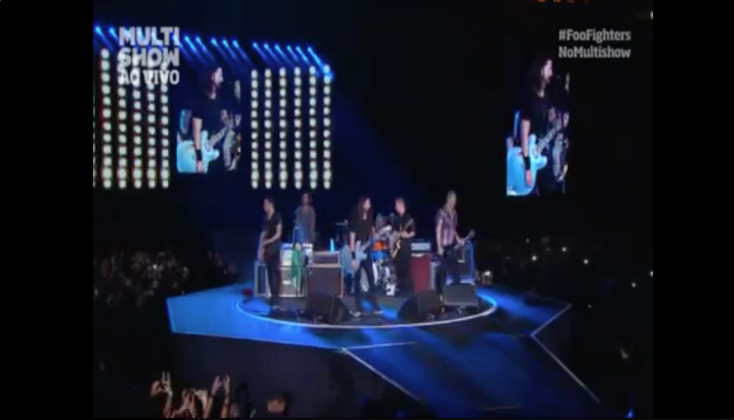 At a show in Rio de Janeiro last night, Jan 29th, 2015, the Foo Fighters rocked an enormous stadium crowd with a 2 and a half hour set which included a part in the center of the crowd where the band performed 4 covers, including Rush’s Tom Sawyer.