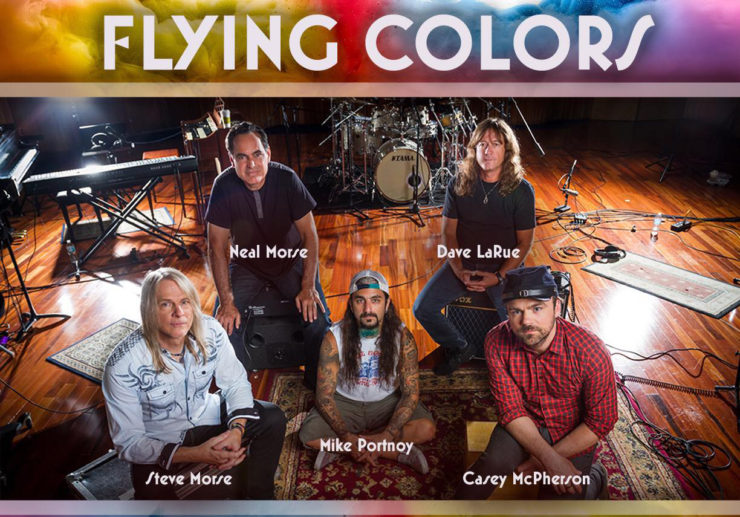 The new album ‘Third Degree’ is expected in September 2019.

New was revealed today via Mike Portnoy’s Facebook page on the next Flying Colors album. The band have been recording the album, titled ‘Third Degree’, and look to be done soon. Here is what Mike had to say.

“The good news: Flying Colors’ long awaited 3rd Studio Album “Third Degree” is being finished as we speak and currently set for a September release (a lot more info on that coming very soon!)

The bad news: Steve will be on tour with Deep Purple upon the album’s release…

But wait…there’s more good news: our fearless guitarist has offered himself on DP’s days off to be able to swing some FC shows in select cities throughout their US Tour!!! (Hurray Steve!! Thank you)

And guess what?? There’s even MORE good news: We are going to be able to swing 4 shows in Europe in December as well!! (We will likely be announcing those next week)

Now, the only remaining bad news: THESE ARE IT!!! These 5 US shows, the coming 4 EU shows TBA and our appearance on Cruise To The Edge 2020 are *IT* (at least for the foreseeable immediate future)…” 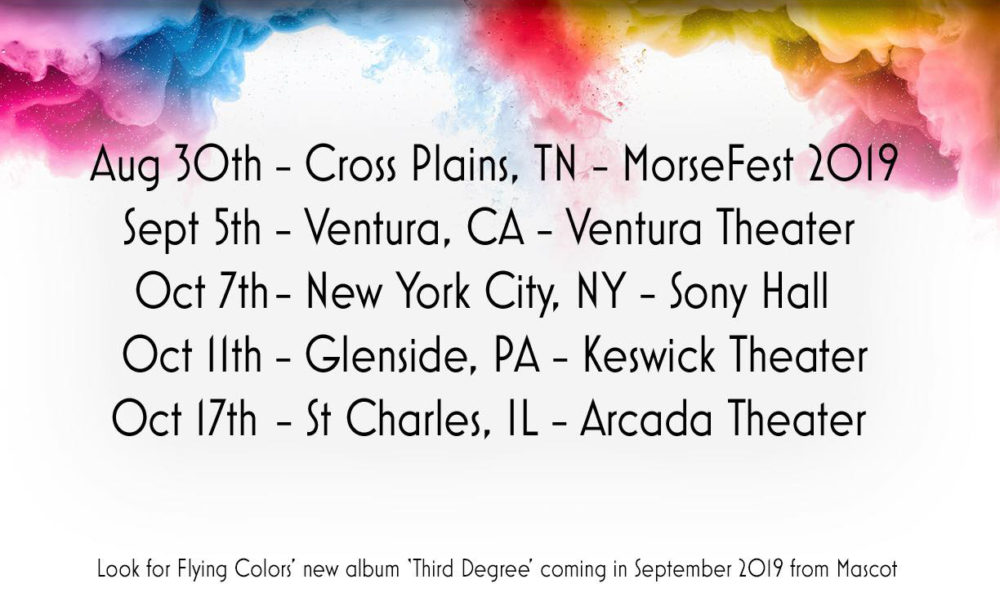