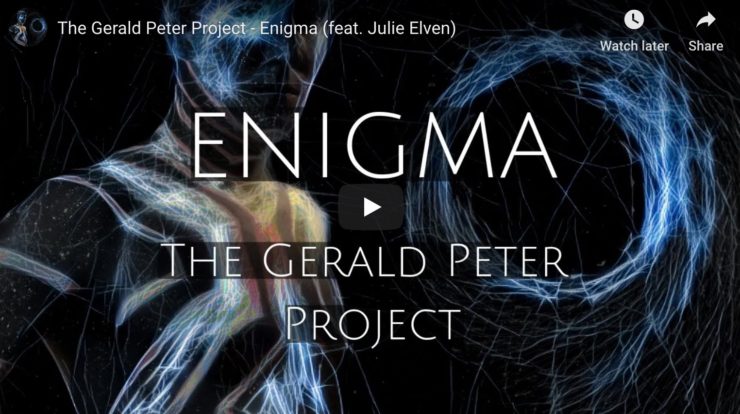 Premiere of the video “Enigma” from The Gerald Peter Project

The Prog Report is pleased to premiere the video for “Enigma” by The Gerald Peter Project. Taken from the EP Enigma, this single features award-winning soundtrack vocalist Julie Elven (singer for the game soundtracks of Horizon Zero Dawn, World ofWarcraft) as well as drummer Aaron Thier (currently touring with famous Austrian comedy pop band
EAV).

Enigma is the second release by The Gerald Peter Project after he released his first EP ‘Incremental Changes, Pt. 1’ in Nov. 2017. Gerald Peter, the composer, keyboardist and producer of his creative project takes the listener on a journey through his creative mind redefining genre boundaries by mixing progressive rock, cinematic music, jazz, electronic elements. “Every now and then I meet someone who really stands out as exceptionally talented. This young man is a power house of talent that is not only capable of writing and playing great music but also a major production.” said Jordan Rudess, keyboardist from the prog metal band Dream Theater.