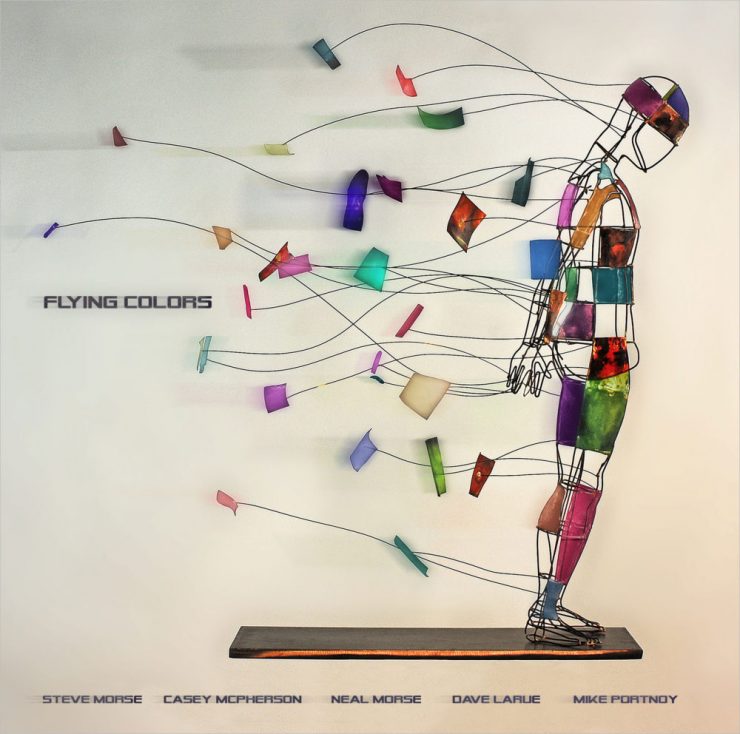 It had still been fairly recent since Mike Portnoy left Dream Theater in 2011 when he got involved in a new side project that would add to his ever-expanding Prog world.  Of course, Neal Morse was immediately along, with guitar legend Steve Morse and the brilliant bassist Dave LaRue.  The group would go outside the known prog and shred world and approach alt-pop singer Case McPherson, from the band Alpha Rev, and invite him to join the group, since the goal was to do a band that had as much pop as it did prog influence.  The band would become Flying Colors and they would release their self-titled debut on March 26,  2012.

Casey McPherson tells the story of getting contacted and joining the band.

“I wasn’t really sure who this guy Bill [Evans] was that called me. He calls me and says ‘you know we were thinking about getting the guy from Muse but we thought maybe about trying you out because Portnoy mentioned that he liked you and that you’d be the perfect guy for the job’. Last time I saw Mike was when we were making records both at a studio up in New York; he was finishing there. I guess that was maybe his last record with Dream Theater and I was finishing my record that was on Hollywood Records at the time and so you know, he and I kept up a little bit but he had Bill reach out to me and he said ‘man I want to send you a song idea that Neal and Steve had kind of come up with and see what you think and see if there’s something that interests you’. So he sends me a 15 minute long song.  Well,  I’m just like Holy S***, this is amazing!  I mean  because I’m used to dealing with three minute songs and when I get to four or five minutes people look at me and they’re like oh man what are you doing this way too long. So I was like, this is going to be great, I’ve got a creative outlet. I was on a label and there were some problems legally whether I should do it or not. But I just went for it. And it all worked out.”

Songs like “Kayla”, “The Storm” and “Infinite Fire” are instant classics.  The band would release the follow-up ‘Second Nature’ in 2014 and are currently working on their 3rd album.