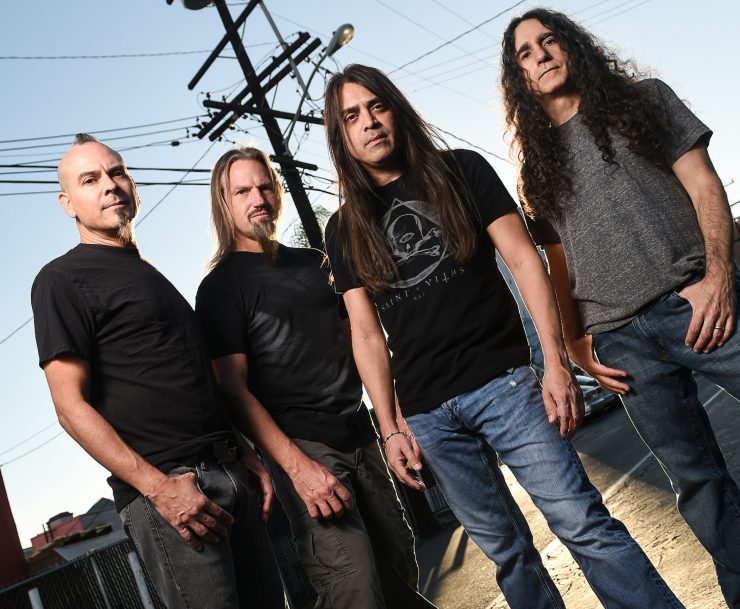 New album ‘Theories of Flight’ is due out July 1st, on InsideOut Music.

U.S. Progressive Metal pioneers Fates Warning are set to release their new album “Theories Of Flight” via InsideOutMusic on July 1st, 2016.  It will be their 12th studio album and their first since ‘Darkness in a Different Light.’ The group have released a video trailer featuring some music from the new album which you can see here:

Fates Warning vocalist Ray Alder checked in to comment about “Theories Of Flight” as follows:

“We began writing the music for “Theories” while we were still touring for “Darkness”… I believe that the anticipation to write another record was due to the fact that we were once again touring and playing new material after nine years of playing the same songs.  It was exciting to be on stage again and we looked forward to getting back in the studio.  I also believe that our fans were happy to finally having something new to listen to..

I/we are very happy with the way that “Theories” turned out. Jim and I collaborated practically every day on the new album for over a year until we actually went into the studio.. There were many different versions of the songs until they were finally complete, and I believe it shows in the final product. I think that Jim did an excellent job producing the new album. The material is, I believe heavier than what people are used to from us, as well as my vocal style. We wanted something different than “Darkness” but something that still carried a lot of melody.”