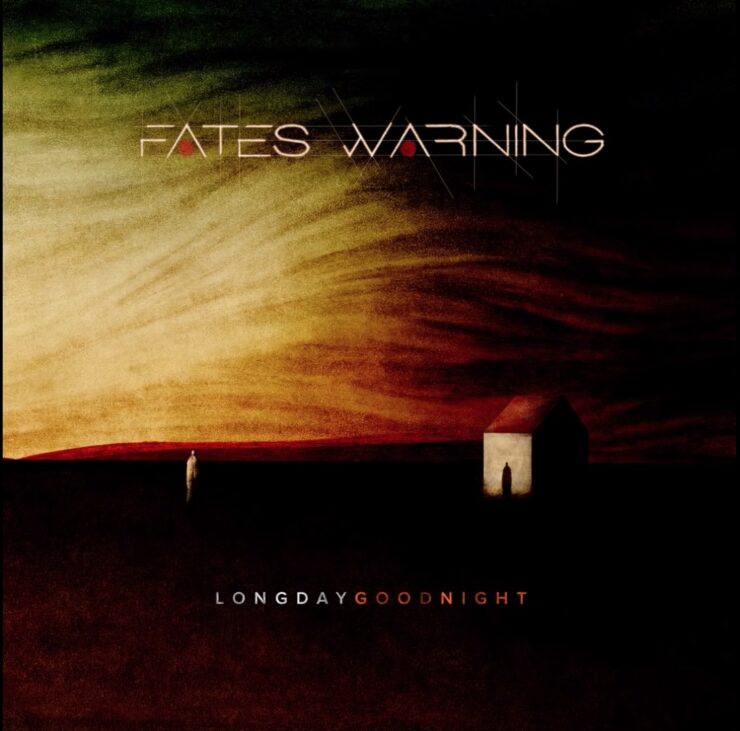 Review of the new album from Fates Warning – Long Day Good Night, out on Metal Blade on Nov. 6th.

Prog metal pioneers Fates Warning return in 2020 with their 13th studio album Long Day Good Night. This is their first album for the band since announcing their return to Metal Blade last year. The album clocks in at just over 72 minutes making it their longest album of their career. With an impressive resume which extends over the last 35 years, Fates Warning presents their 13th album with 13 tracks containing some of their most stylistically expansive compositions which will bring something for everyone to enjoy. “The styles of music we’ve written distinguish this record from the rest of our catalogue,” states vocalist Ray Alder. “There are some songs with electronics and some with a nice ethereal feel, as well as some pretty straightforward grooves, at least for us. And there are also some pretty heavy songs. We tried to give the listener a host of different things to listen to, as opposed to an album where every song sounds the same.” It is produced by Jim Matheos and mixed by Joe Baressi to present a clean and precise sound. The totality of their work over a year including the recording where the musicians tracked their parts in their various homes/studios in Los Angeles, San Antonio, Texas and New Hampshire while Ray Alder, who lives in Spain, recorded in a small studio in Madrid as a result of the travel restrictions due to the Covid-19 pandemic. The record also features guest appearances from touring member Mike Abdow contributing some guitar solos, additionally drummer Gavin Harrison (Porcupine Tree/Pineapple Thief) plays on “When Snow Falls.”

The album’s first three tracks kick off the album with the familiar Fates Warning heavy sound of Matheos’s signature guitar riffs with Alder’s killer vocals including some great choruses. Metal riffs and grooves are of no shortage here. “The Destination Onward” has the makings of a classic Fates track as this mini-epic which plays out like a roller-coaster of emotions and moods. Right off the bat this song established the album as a wide variety of mood swings. “Shuttered World” has a straight forward heavy groove with some great drum work. “Alone We Walk” is another heavy and relative straight forward groove song with a great chorus.

There is no unifying concept on the album. The tracks stand on their own and deserve their own place as each is showcasing different moods and grooves with a broad aural palette. “Now Comes the Rain” has a softer ballad-like delivery where Alder’s vocal and harmonies shine. “Under the Sun” has the band integrating a full string section for the first time, while being steadied by acoustic strumming. “Begin Again” has a really cool groove interaction between Mattheos’s acoustic and Joey Vera’s funky-ish bass line. “When Snow Falls” featuring the aforementioned Harrison on drums, has the mellowest groove with new ‘electronica’ sounds as well as other percussive elements.

Songs like “Scars”, “Liars” and “Glass Houses” are in line with the familiar prog metal style we have become accustomed to for the last three decades, while “The Way Home” is a longer and more varied song which draws you in at the beginning then rocks it out about the half way mark. However, the highlight of the album is “Longest Shadow of the Day” due to its very unique combination of styles which are blended throughout the song. This song will keep your attention as the guitar sounds, bass solo, technical drumming, and fusion feel carry into some heavy and technical grooves. The instrumental chops continue more than half way into the song. Then Alder, vocals round out the sound as the song continues with Fates’ usual riffage and grooves ending with a great tasteful guitar solo. This song makes a strong case to end up in 2020’s top songs.

To draw the album to a close, the aptly named “The Last Song” is a simple nylon string guitar which is supplemented by additional acoustic guitars while Ray Alder’s lyrics describe a mood of reflection, nostalgia and conclusion as the literal last words of this song and this album are “…this is the last song.” One can’t help but wonder after hearing the end of the 13th song of their 13th studio album if this might mean more than just the end of an album. Might it be the last for Fates Warning? Only time may provide this answer.

In conclusion, after over 35 years under their belts, Fates Warning delivers their most versatile effort to date. This is a band which help establish the genre of prog metal and continue to work hard to put out great new material. Long Day Good Night stands strong and surely will be included in 2020’s top album lists.

Key tracks: The Longest Shadow of the Day, The Destination Onward, The Way Home