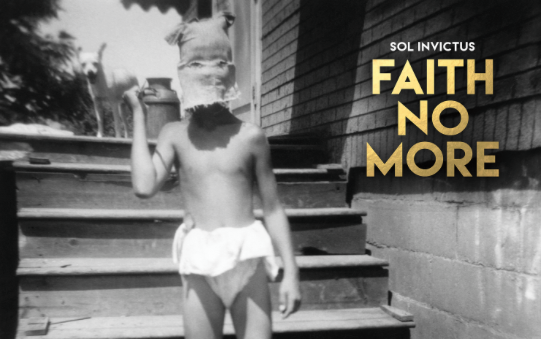 Faith No More offer up a second song from their forthcoming album, Sol Invictus/Ipecac Recordings due out on May 19th on Reclamation Recordings, with the single “Superhero” currently streaming via Marvel.com. The band has also revealed the cover art for Sol Invictus, which features an image from Ossian Brown, a member of Coil and Cyclobe, who also published the book “Haunted Air” in 2010.

The Bay Area band recently announced their first North American tour since 2010, with all dates sold out upon on-sale.