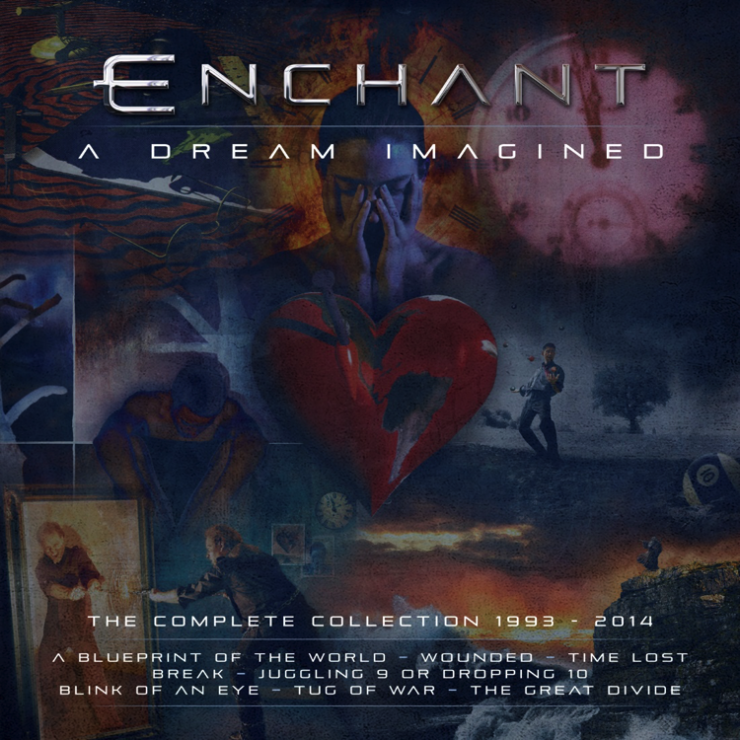 In what will be 25 years since the release of Enchant’s debut album ‘A Blueprint of the World’, the San Francisco-formed progressive rock/metal group will celebrate with a special limited 10 CD boxset compiling all of their studio albums, from the aforementioned debut, right up to 2014’s ‘The Great Divide’ .

Out on July 20th, 2018, the package also features 2 discs of bonus tracks that include a selection of demo versions, live tracks, acoustic versions & instrumentals, plus extensive liner notes covering the entirety of the bands career up to now, and brand new interviews with various members past & present.

The band comments: “We are super excited that after 25 years, Inside Out Music is releasing an Enchant box set! The box set will contain every song we’ve ever done, demos, pictures and a detailed history of the band! We’re are honoured to be at this point in our career to have this milestone and look forward to sharing it with Enchant fans young and old!”

The band are also currently hard at work on a new studio album, of which the band comments: “We are currently working on material for what will be our 9th studio album! Things are coming along quite well and we are nailing down the songs for the new record out of a plethora of material. I won’t give too much away but I will say that I think Enchant fans are in for a treat! We hope to have it out later this year or early next year! Stay tuned!”

The 10CD box-set features the following albums and is now available to pre-order here: https://Enchant.lnk.to/ADreamImaginedBox