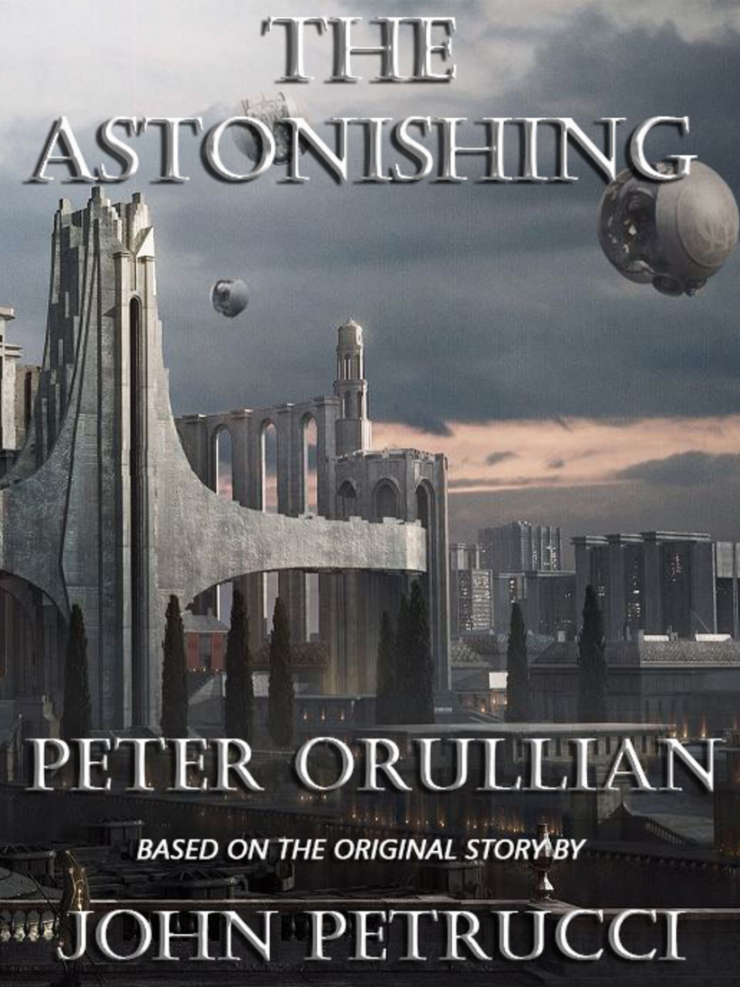 The book will be released in Spring of 2017.

Dream Theater announces The Astonishing, The Novel, to tell the deeper story of The Astonishing to be released in Spring of 2017. To bring this vision to life, Dream Theater has selected Peter Orullian. In its first incarnation, it will be a Limited Edition, with several exclusives only available in a short collectible print run.

The book is available at http://www.vaultbooks.pub/store/p17/The_Astonishing.html and comes with the following:

Full-length novel of The Astonishing, adding new plot lines and intrigue, additional characters and motivations, answers to fan questions, as well as explanations and ideas not explored on the album
In-depth Introduction by John Petrucci, going deep on why he wrote The Astonishing, what it means to him, etc.
Definitive interviews of each member of Dream Theater, covering their experience in the genesis of the album, in performing it, what it means to them, as well as their own music history, interests, and part in the band
A few early music demos (often taken from original iPhone recordings) of original songs set in the universe of The Astonishing but never used on the album
The genesis of one song: From early iPhone recording to final tune, listen to several song clips of the steps in the song writing process of one of the songs from The Astonishing
Foreword by a celebrated musician (Announcement coming soon)
Afterword by a music industry luminary (Announcement coming soon)
Never-before seen hand written notes, early art renderings, photographs, etc. chronicling the development of The Astonishing, with a behind-the-scenes look at how it all came to fruition
An original story by John Petrucci & Peter Orullian, set in the universe of The Astonishing
Original cover art on full-color dust jacket
Original full-color interior art depicting key scenes in the story, including some scenes not represented in the album
Map of the world of The Astonishing
Full lyrics, song-by-song breakdown, and final synopsis as written by John Petrucci
Printed on 60# acid-free paper
Smyth sewn for durability
Foil stamping on the front boards and spine
Bound in leather
Limited to 2500 copies