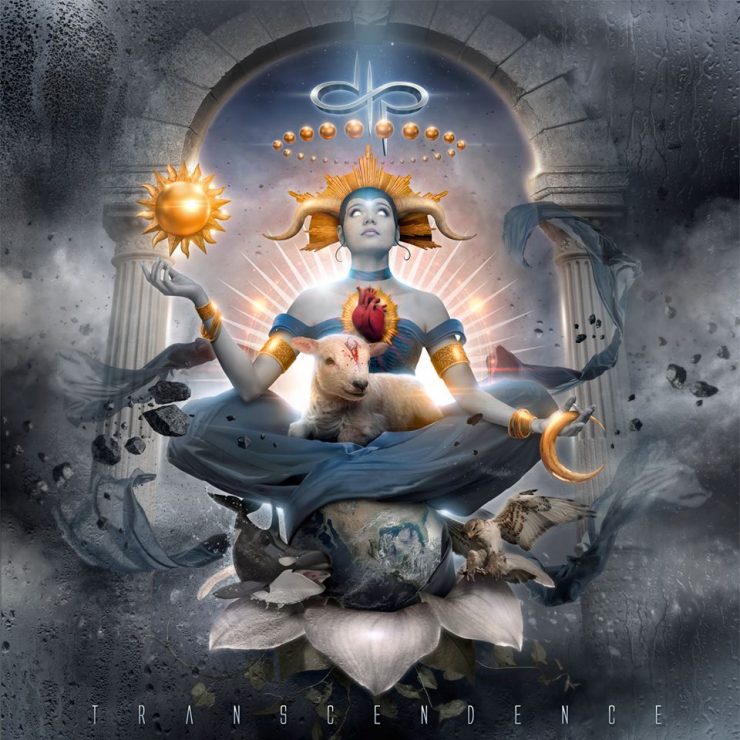 Review of the new Devin Townsend Project – Transcendence out on Sept. 9th, 2016

If I had to describe Devin Townsend’s music and sound with one word it would have to be – EPIC. The heavy parts explode at you from the speakers with bombastic aplomb. While the quiet and ambient moments create a sense of space and ambiance. Devin’s unique style is instantly recognizable. Nothing he does is by accident, everything is meticulously crafted to invoke specific emotions and feelings. There really is no other artist like him today. Two years after releasing the double album Z2, Devin Townsend Project are back with a new release aptly named, “Transcendence”. I have to say I was looking forward to this release, having been a fan for a while, and I was not disappointed.

According to Devin, the biggest difference on this record compared to past ones is that he allowed himself to relinquish control over parts of the creative process, not an easy feat for a control freak such as himself. Not only did his bandmates contribute individual parts to the songs, but he also brought in Periphery Bassist/Producer Adam “Nollly” Getgood to engineer and help mix the record. Both of these combined give this record something extra, making it seem more organic than previous DTP offerings.

While not a concept album like the Ziltoid series, there is a sense of continuity from track to track, almost as if Devin is telling a story. But this story is not about a strange alien puppet bent on conquering the earth for our Coffee. No, this journey goes deeper in to one’s sense of self. The songs each evoking varying emotions. Anger, struggle, loneliness, regret, love and peace are all there.

The first Track, “Truth”, is a re-recording of a song from one of his earlier albums, Infinity. Only that this time around it just sounds so much better and fits the overall vibe of the record. The mix produced by Nolly is just about perfect. The drums in particular just sound huge, and was one of the first things I noticed when listening to the record. Previous DTP records sometimes have such a “wall of sound” almost sterile sound due to having so much going on at once. This at times they can be fatiguing on the ears. However, I didn’t find that with this record. It just sounded really good.

“Stormbending” is a majestic track where you really get a sense of what’s in store for the rest of the album. Loud drums, heavy guitars, and orchestral sounding synths make this track sound huge. This song is all emotion. The part starting around 3:23 is as epic as it gets. “All we’re offering is a chance to be loved”. Yes indeed.

The first track released was “Failure”. A good choice in my opinion and one of the best tracks. An interesting mid-tempo song with some different elements not usually found in Devin’s previous records. The main staccato riff has an almost (I hate to use the term but I will anyway) djent vibe. The middle solo section is really cool and tasteful, Gilmoure-esque even. Again the drums just sound great on this track.

Some of the more prog centric tracks are “Secret Sciences”, the 2nd track released, and the track “Higher”, which clocks in at 9:40. In fact, 4 of the songs all clock in at over 7 minutes! The title track “Transcendence” sounds massive aided by orchestral sounding synths accompanying distorted guitars and layered vocals.

Overall, this is an expertly crafted album, all the way from the performances themselves to the massive sound of the record. I have to say this is probably my favorite DTP record to date. Devin and the band members should be commended for a stellar release. I’m sure I’ll be listening to this one many more times in the future! Mr. Getgood also deserves a ton of praise for doing a superb job at engineering and mixing this beast. I foresee that Nolly will be plenty busy after this release, as his skills will surely be in demand by many other artists.