David Gilmour to screen ‘Live at Pompeii’ in theaters 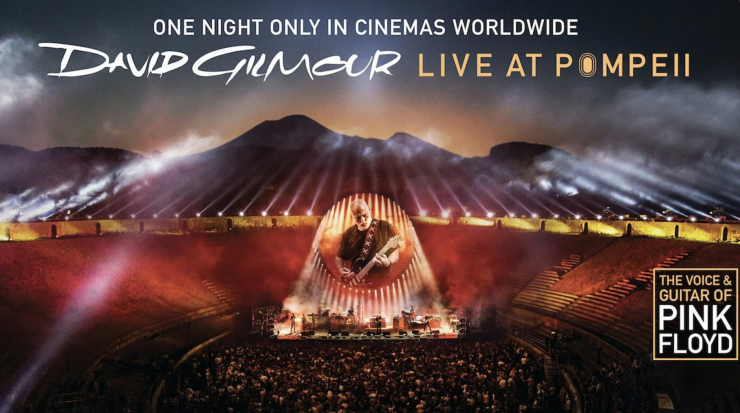 The live show will be screened in more than 2000 theaters.

David Gilmour, the voice and guitarist of legendary Pink Floyd is set to screen his historic performance in Pompeii in theaters for one night only, Sept 13th, 2017.

Gilmour’s Live at Pompeii concert movie, filmed during his two July 2016 concerts in the ancient Pompeii Amphitheater, has been booked to appear at more than 2,000 theaters worldwide on Sept. 13. Filmed in 4K by director Gavin Elder, the movie collects highlights from both shows to present a “career-spanning set” that revisits Floyd favorites as well as Gilmour solo cuts.

David Gilmour ‘Live at Pompeii’ Set List
“5 A.M.”
“Rattle That Lock”
“Faces of Stone”
“What Do You Want from Me”
“The Blue”
“The Great Gig in the Sky”
“A Boat Lies Waiting”
“Wish You Were Here”
“Money”
“In Any Tongue”
“High Hopes”
“One of These Days”
“Shine On You Crazy Diamond”
“Fat Old Sun”
“Coming Back to Life”
“On an Island”
“The Girl in the Yellow Dress”
“Today”
“Sorrow”
“Run Like Hell”
“Breathe” (reprise)
“Comfortably Numb”