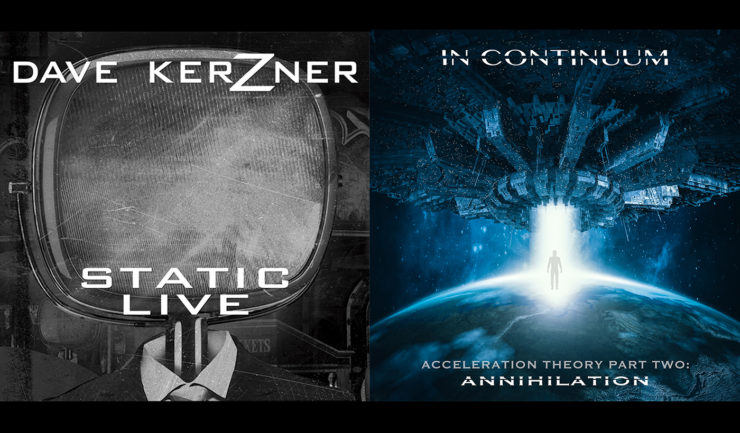 News on two new albums from Dave Kerzner and friends.

One of prog rock’s busiest musicians has been as busy as ever with 2 new releases. Just released on on July 25th Kerzner released “Static Live”, a live album featuring all of his sophomore solo album “Static” performed live. The album features guitarist Fernando Perdomo and former Pink Floyd vocalist Durga McBroom and is available on CD and digital download in popular stores like iTunes and Amazon. A double CD Special Edition is available for download and CD pre-order from Kerzner’s Sonic Elements Bandcamp page. The second CD features special guest Francis Dunnery, of It Bites fame and contains a 3 song tribute to Kerzner’s former band mate Kevin Gilbert. Download is available here: https://sonicelements.bandcamp.com/album/static-live-extended-edition

Also just announced is ‘Acceleration Theory Part Two’ from his band IN CONTINUUM. The album, called “Annihilation”, is the follow up to the acclaimed debut ‘Acceleration Theory Part One’ album. Kerzner founded the band In Continuum as a home for the songs he had written for the band Sound of Contact. Both Acceleration Theory Part 1 and 2 contain the songs Kerzner had intended for Sound of Contact’s follow up album to Dimensionaut including many that were co-written with Simon Collins, Matt Dorsey and Kelly Nordstrom, the original 4 members of SOC. The album features Nick D’Virgilio and Marco Minnemann on drums, Randy McStine, John Wesley and Fernando Perdomo on guitar. “Annihilation” will be released in late September. Stay tuned for more news.