Cruise to the Edge 2017 to feature stellar lineup 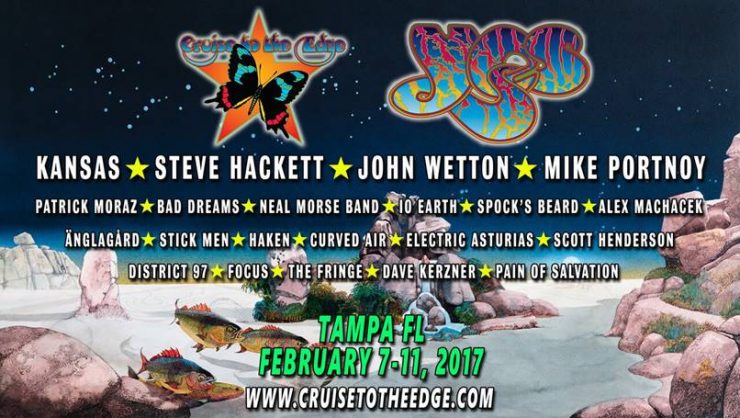 The cruise runs from Tampa, Florida to Cozumel, Mexico February 7-11, 2017

Anyone who follows this site know that we have been big supporters of the Cruise to the Edge.  Simply put there is not other event like this on the planet for Prog fans.  There are hundreds of like-minded music fans getting together to hear the best music around from both classic and newer artists.  This 4th cruise promises to be at least as good if not better than the last one.

Featuring the greatest prog-rock musical artists, CTTE has teamed up with Royal Caribbean for the party, which runs from Tampa, Florida to Cozumel, Mexico February 7-11, 2017. Next year’s cruise has been upgraded to include two full days at sea, departing from Tampa for the first time.

Beyond the once-in-a-lifetime intimate music experiences with iconic artists, the guests will get to partake in a wide array of activities. Beyond the sun, fun and exquisite dining, there will be Artist/Cruiser Photo Experience, Q&A Sessions, Late-Night Surprise Performances and more. This year will also feature the unprecedented CTTE Late Night Live, where fans can sign up to showcase their own musical talents in four different performance scenarios: Late Night Live Pro Jam, where you could be invited to play with a with a headline act; Artist’s Choice, featuring fans and Prog legends performing together; The Main Event, where it’s your choice to shine with fellow Late Night Live musicians and Overtime Jam, where a song of your choosing could be featured in a late-night jam.

Royal Caribbean’s Brilliance Of The Seas, combines acres of glass enclosing a nine-story central atrium, elevators facing the sea, and floor-to-ceiling windows throughout. Passengers can enjoy the tranquil Solarium pool, recharge at VitalitySM Spa, or reach new heights climbing Royal Caribbean’s signature rock-climbing wall. When the sun goes down, the night heats up with epic Prog Performances on stages throughout the vessel. Combined with some of the best food and service afloat, this will be one of the greatest Prog music extravaganzas ever produced. Reservations for the cruise are now open at CruiseToTheEdge.com. 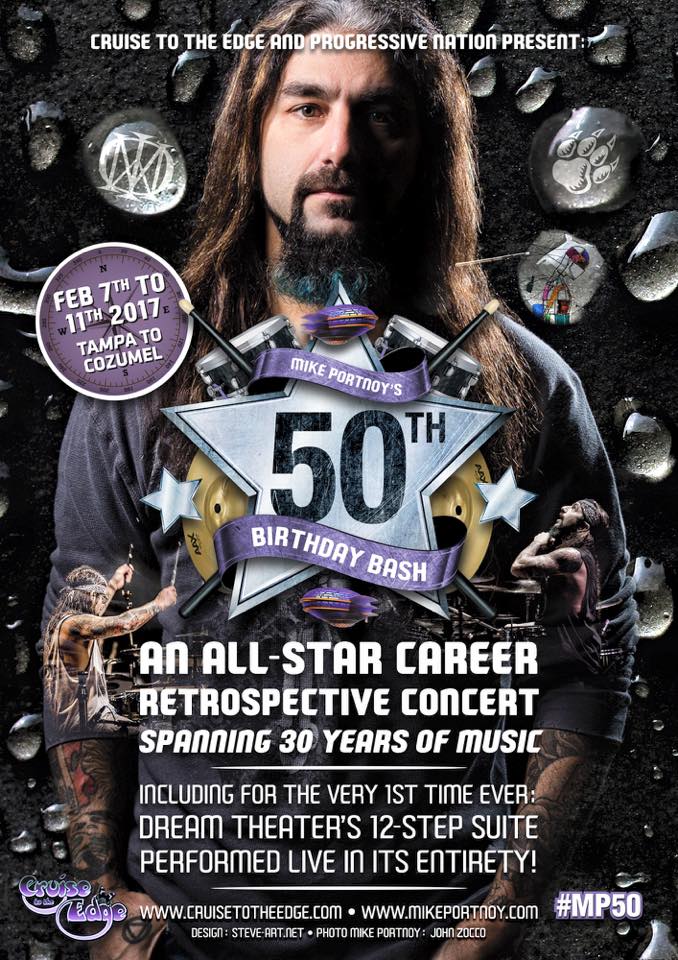