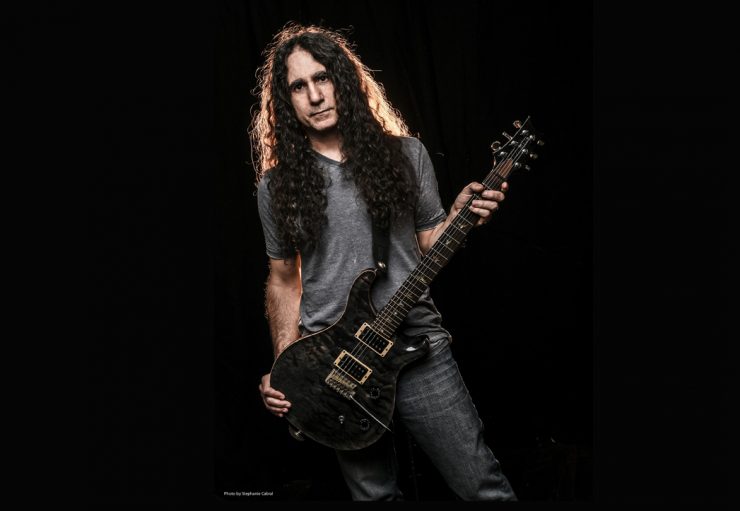 Fates Warning recently released their latest album, ‘Theories of Flight’ and it has instantly become a classic among fans while becoming their best selling album in years.  The album features a couple of 10-minute songs, which is something the band is not known to do often. Main songwriter, Jim Matheos, has different feelings on how a long song comes about and whether or not he wants to pursue one when writing for an album.

“It really does evolve naturally.  I don’t remember ever sitting down and saying its time to write a long song.  It really gets back to stumbling along some of the ideas that I like and then the inspiration takes over.  The ideas or the song tells me where it wants to go. Not to sound mysterious or anything like that, but when you’re starting to write a song like ‘The ghost of home” that has this huge long intro that came first, you know that’s not gonna be a 4 minute song or a catchy chorus song, we already spent 3 minutes on the intro, so its gonna go in different places.  The intro of that song, tells me its gonna be a long song, its gonna go through a lot of different movements, and maybe have some recurring themes and that sort of thing. It’s really the song dictating where its gonna go and me following that path to its logical conclusion.”

Where many Prog artists today aim for the long track, Matheos says he has deliberately avoided writing long epic tracks in the past.

“We tend to go the opposite direction.  There have been cases in the past where I’ve felt determined to not write a long song because I don’t want to fall into that trap.  Something like the ‘X’ record where I didn’t want to do something in that vain, because I felt it was starting to become a cliche for us and for Prog, so I purposely stayed away from that. But again, if it does come about organically in the song and it feels like it needs to be a long song, I’m ok with that.”