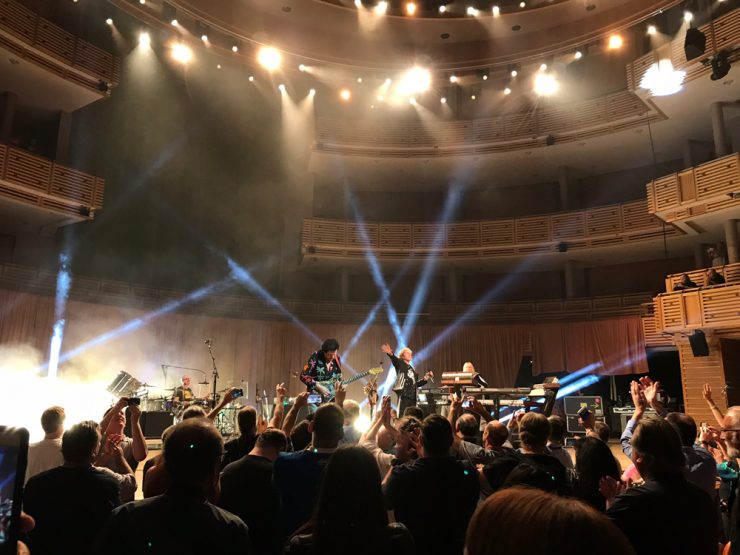 It has been a year since the trio of Jon Anderson, Trevor Rabin, and Rick Wakeman, then going by ARW, started touring (see our review from Oct. 12th, 2016), and 6 months since Yes’ induction into the Rock and Roll Hall of Fame. Shortly after that ceremony, ARW announced a second run across North America and the change to the name Yes featuring Anderson, Rabin, and Wakeman.  The tour kicked off a few months ago and now was at its final date in Miami, FL.  The beautiful Adrienne Arscht Concert Hall, typically used for Operas and Classical Music concerts, was a perfect backdrop for an exquisite evening of the classic songs of Yes performed by legendary musicians.  The stage looked brilliant and acoustics outstanding. 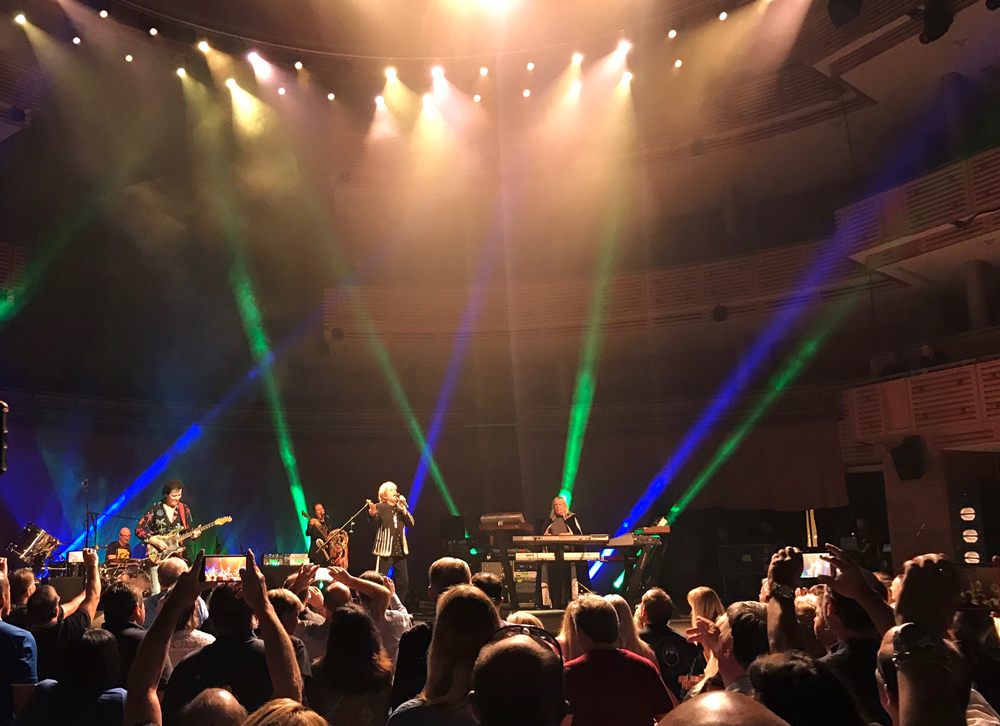 For anyone that saw the tour on its first run, it was obvious the band were happy to be on tour and very loose. There were mistakes and timing issues, but they were so joyful to be back on the road, it hardly mattered. Now a year of shows under their belt, would their be a noticeable difference?  Overwhelmingly, the answer is Yes. They were much improved as a unit and the performances were tighter, with one minor hiccup (we will get to that). The lighting and sound had been paid more attention to this time around, as well as the band tweaking the arrangements slightly to give some of the tunes their own flair.

The setlist was mostly the same, with 3 songs being changed out for others. They opened with the instrumental “Cinema” from 90125 and then went into “Perpetual Change”  “Hold On” was next, another ’80s classic.  They sounded great, but were just getting warmed up.  They introduced “South Side of the Sky”, put into the set instead of “I’ve Seen All Good People” that was performed last time. This was followed be a breathtaking version of “And You and I”.  Another change in the set was made with the removal of “Lift Me Up” from the Union album for the necessary inclusion of “Changes”, which was oddly left out of the early shows.  The group were flawless to this point in the show, but in a moment of forgetfulness, Trevor Rabin, shredding with precision throughout the evening, started playing a different section of the song after the 1st chorus, sending the band into a bit of confusion. However, they never stopped playing after realizing the flub and calmly returned to the second verse and continued to tear the roof off the place. Anderson noted how funny it was to have done that on their last night of the tour. 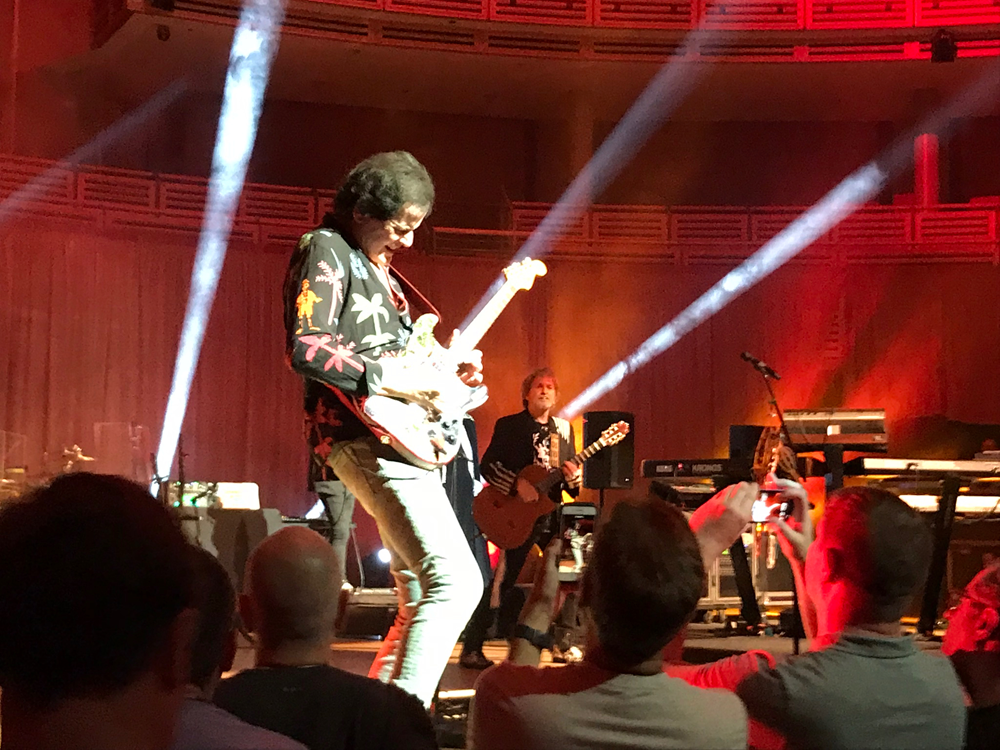 The funny thing was, the show was even better from that point on.”Rhythm of Love” was once again a highlight as the band rocked out for an extended version that brought the house down. They continued with the Rabin-era by performing the Talk ballad “I Am Waiting”, truly a lost classic and one of the highlights of the evening; a brilliant addition to the show. The band then got ready for the homestretch kicking off the massive Yes classic songs with the all-time prog anthem “Heart of the Sunrise”. When this song is performed right, it is indeed one of the best songs ever written, and that was the case here. The rhythm section of Lou Molina and Lee Pomeroy were completely in synch allowing Wakeman and Rabin to do what they do best.  Meanwhile, Anderson hit every not with ease and perfection, as he had done in the last 40 years. He was even more impressive leading the way through the lengthy epic “Awaken”. One thing becomes apparent every time you see Jon performing Yes songs, he is synonymous with Yes. He essence and voice are this music. His voice is one the greatest in rock history and it makes a difference hearing him perform these songs. 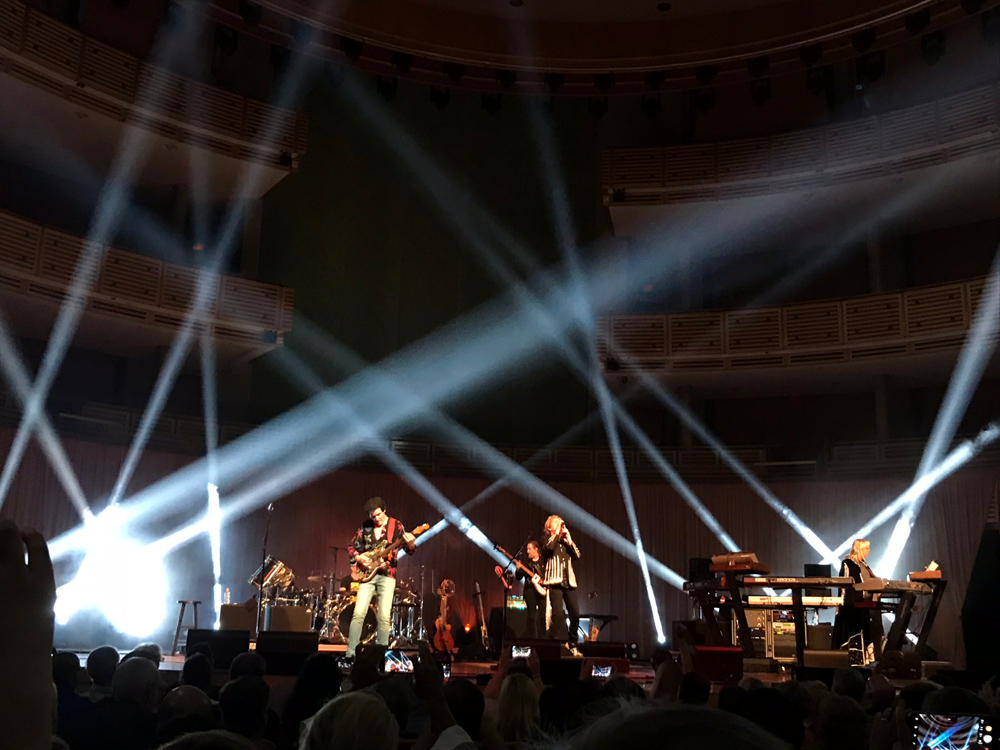 The group closed the show with the hit “Owner of a Lonely Heart” here performed over an extended 15 minute jam that included a brief section of the Cream hit “Sunshine of Your Love”.  Then, of course, came the encore of “Roundabout” where Rabin, does an alternate opening to the traditional acoustic guitar bit played by on the original. The band finished the song to an raucous applause and brought their crew out for a full team bow before the audience, tour having been completed.  Yes with ARW, are still only getting better and hopefully there is more to come.  There are rumors of new music by the trio, which would be great.  But if all they did was play these classics for years to come, that would be more than enough for fans of these incredible musicians. 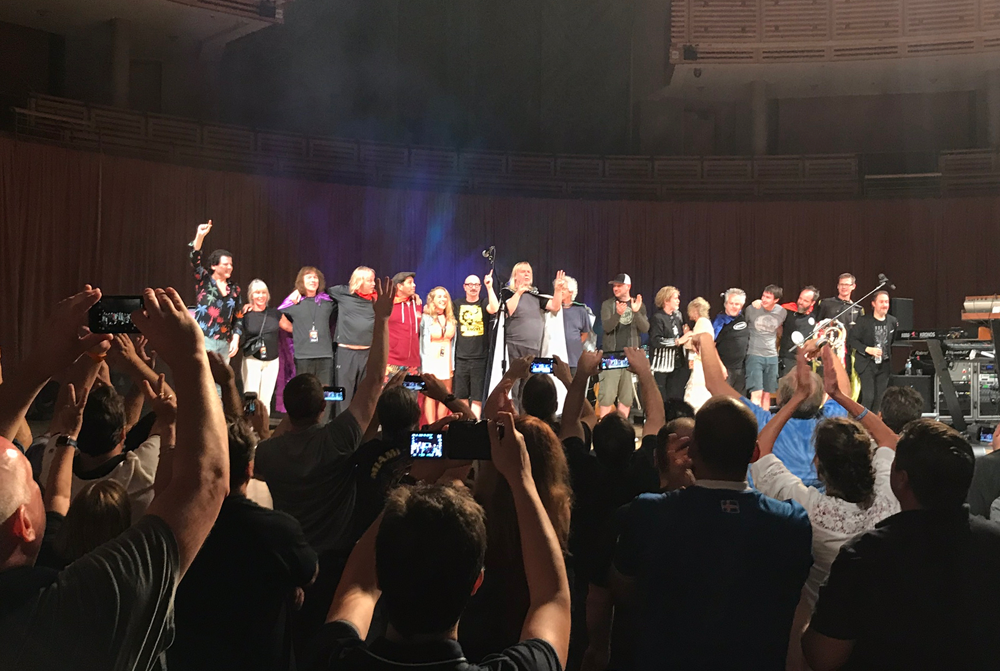