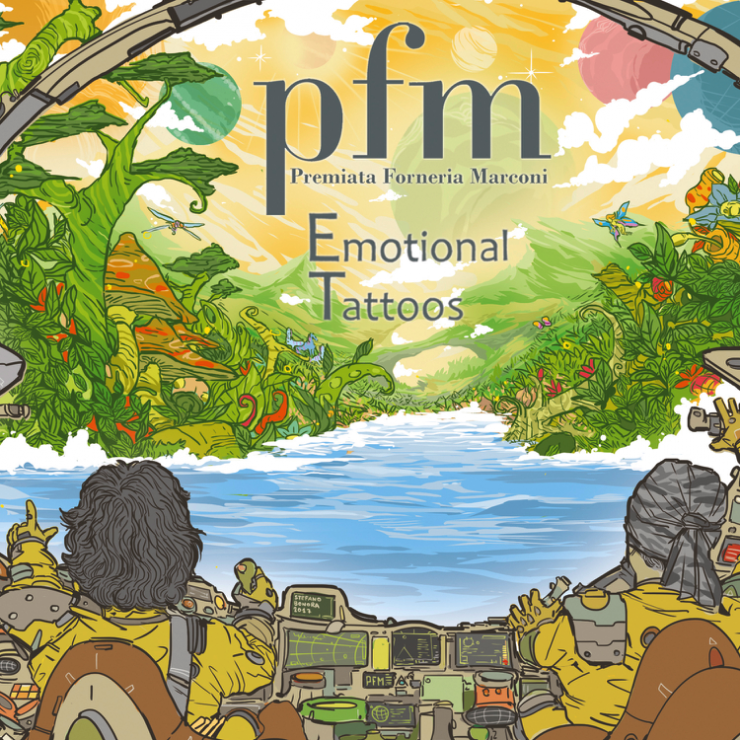 A look at the new PFM album, Emotional Tattoos, out on Oct. 27th, 2017 on InsideOut Music

PFM have a long history as one of Italy’s longest running and important progressive rock bands. After a few experimental albums, and live releases, PFM return with a brand new album of original songs. The album “Emotional Tattoos” marks the return of the band’s trademark sound. The new album takes a melodic rock route while offering surprising musical twists and turns including moody synths, orchestral arrangements, straight-forward guitar-driven passages and wonderful ballads.
The album comes in 2 discs, one sung in Italian and one in English, with unique lyrics for both.

The album has a classic neo-prog sound but with a new fresh quality to it. Kicking off with the gorgeous “We’re Not An Island”, PFM immediately make the proclamation that they still have much to say. The middle passage of the song is captivating and oes a fantastic job of engaging the listener into seeing what the rest of the album has to offer. From there the track “Morning Freedom” starts off with a combination of strings and keys guided by Franz Di Cioccio’s authentic voice. “The Lesson”, the album’s second single is a highlight; a solid rock track with a killer bass line. Meanwhile, “A Day We Share” is a fiery, acoustic based rocker, filled with loads of vocal harmonies.

The album is filled with delightful prog tracks coming from a band that have no reason to sound so invigorated or refreshed, yet come off as such, making this one of the biggest surprises of this eclectic prog rock year. Definitely an album to check out, whether a fan of the band or if this is first time you might be hearing them.