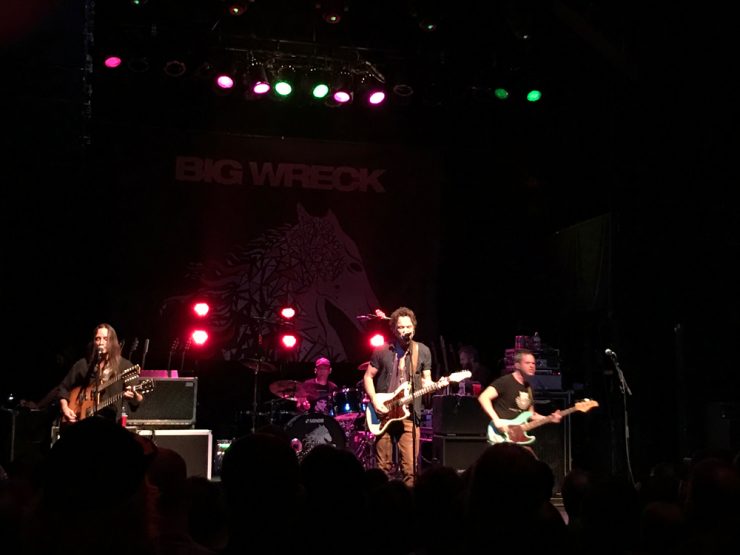 Review of the Big Wreck show at the Gramercy Theatre in NY, March 3, 2017

20 years ago, Big Wreck were newcomers to the Rock scene with an impressive debut album ‘In Loving Memory Of’ and a rock radio hit with “The Oaf”.  They toured North America as the opening act for Dream Theater for their ‘Falling Into Infinity’ tour.  Despite the early success of the band, Big Wreck disbanded shortly after their second album as leader, and singer/guitarist, Ian Thornley built up a nice career in his home of Canada over the next 15 years. Somehow unexpectedly, the group resurfaced in 2012 and has since been on a continuing upward trend, releasing 3 spectacular albums, ‘Albatross’, ‘Ghosts’, and most recently, ‘Grace Street’, even hitting the top 5 in Canada. Now 20 years later, the group returned for their first show in NY since they opened for Dream Theater, as was noted by a surprising many Prog fans in the audience.  We even witnessed a Haken shirt in the crowd. 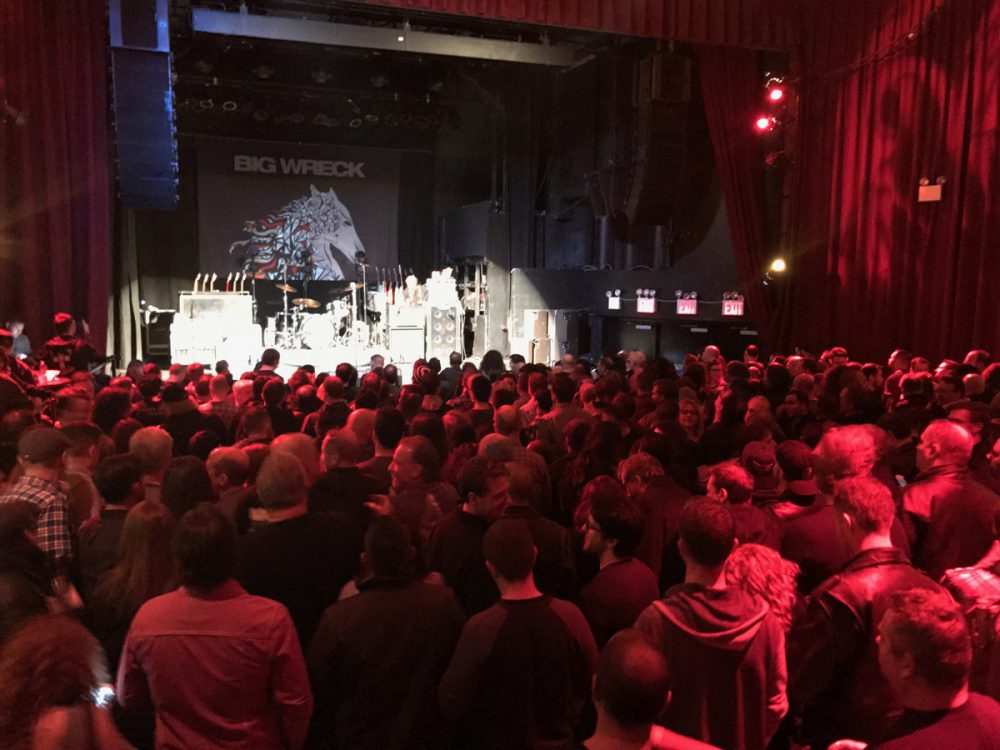 Despite the chilly weather hitting NY that evening, the sold out crowd at NY’s legendary Gramercy Theatre gave a rousing applause as the band took stage promptly at 9pm and opened the show with the first single from ‘Grace Street’, “One Good Piece of Me”.  The rock radio track was a solid opener and got the crowd moving as did the pounding second track, “I Digress”, with a highlight dual guitar solo revving up the audience at the end.  It was the immediate guitar riff for “That Song” from their debut that really set things ablaze.  The entire audience sang every word, even overpowering the final phrases of the song as the music cut out to allow Thornley to end the song.  The singer was so taken aback by the response, he paused and was visibly moved by the moment, claiming they had not expected such a response upon their return to the city.

From there the band ripped through a mix of songs from the last 3 albums.  Highlights included the extended version of the groovy “A Speedy Recovery” from the new album, where drummer Chuck Keeping kept up a killer beat, the smash “Ghosts”, which featured a bass solo from the excellent Dave McMillan who threw in a few Star Wars references, and the dancy “You Don’t Even Know”, led off by original guitarist Brian Doherty, who hails from NY. 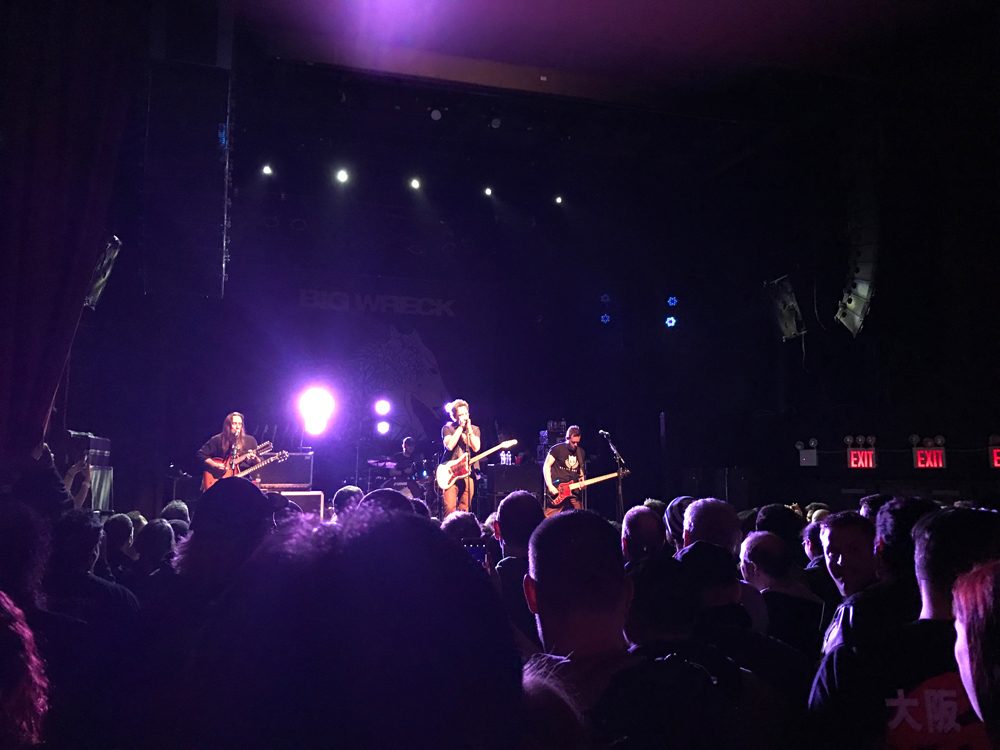 For fans of any type of rock music, Prog, or otherwise, Big Wreck are a joy to watch and listen to.  The playing is flawless, the writing entertaining, and the performances extraordinary. Thornley’s powerful vocals are only topped by his top level guitar work, which is as good as you’ll find.  Let’s hope this band is able to do a full US tour soon, because as was seen here, there is a fan base dying to see them again, and before another 20 years.