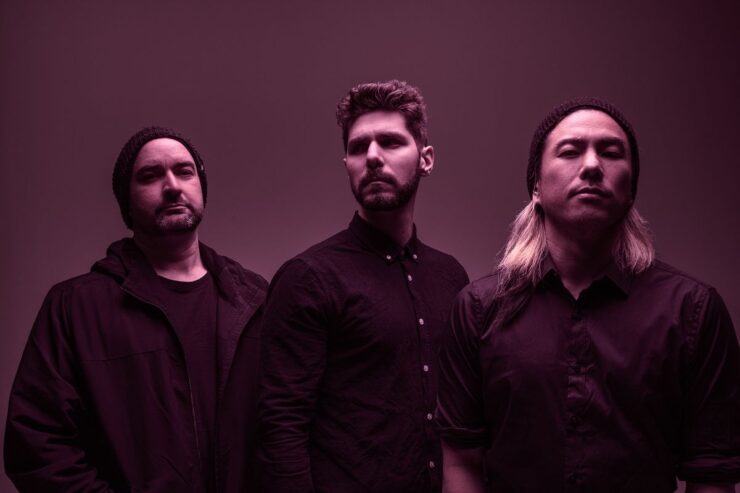 Melbourne’s alt metal titans Circles’ storm continues with the release of their most dynamic track yet, ‘Echo’ out October 19. ‘Echo’ comes as the third single of their upcoming EP ‘The Stories We Are Afraid Of | Vol.1’— the first part of Melbourne’s progressive metal titans two-part EP, out November 25 via Wild Thing Records.

Further pushing the boundaries of the international djent movement that Circles helped characterise, the metallic chugging guitars, belting blast from the drums and serene atmospheric pads featured in their new single ‘Echo’, reinforce the band’s heavy influence in the genre.

“Echo” starts with a resonating electronic kick drum, paired with atmospheric synths and the hypnotic despair in Rechter’s vocals. The impact of the building drums and subtle guitars reflects that growing ache in one’s head that’s filled with voices of self-doubt, paralysing pity and pressure. Dropping out for a glitched-filled interlude like the calm before the storm, the band erupt into a skeleton-shaking triple-time breakdown. Leading the track out with a bone-crushing riff and a powerful vocal delivery pleading to break from the foundations of one’s turmoil, this is one of Circles’ most cathartic tracks to date.

Circles have composed ‘The Stories We Are Afraid Of | Vol.1′ with intention and finesse. “Echo” builds upon ‘Sleepwalking’ and ‘Dig’ by portraying themes of self-reflection and desperation to make a resolution; to fight your struggles and take the first steps to reacclimate to the life you once lived.

Rechter provides insight into how “Echo” integrates into their upcoming EP:
“Echo is Vol. 1’s lowest point, emotionally. It deals with being well and truly at the bottom, feeling as though you deserve the hopelessness that you feel. Even if that’s not a true reflection of the situation, sometimes those inner voices block out all others with a relentless drone.”

“Echo” was mastered by Luke Cinacotta (Karnivool & Dead Letter Circus) and produced/mixed by Circle’s own Ted Furuhashi. With the abundance of subtle auxiliary percussion, lush floating synthesiser pads and a pulsating electronic kick drum, Circles’ new direction with production has led to a track that’s inherently progressive in nature.

Showcasing the band’s refined sound with Ted Furuhashi’s production, frontman Ben Rechter makes comment on the writing process:
“Ted’s production is great on this volume as a whole, but I feel that he really got to show what he’s capable of with this one, outside of heavy music. It’s probably the biggest departure from earlier Circles music, and took us on a journey that surprised us. It’s definitely an important song to us.”

Continuing on from their most recent record, ‘The Last One’, which found impressive success at #4 on TheMusic’s Album of The Year 2018 and #3 on AIR Independent Albums, Circles have continued to build excitement for their upcoming EP ‘The Stories We Are Afraid Of | Vol. 1’.