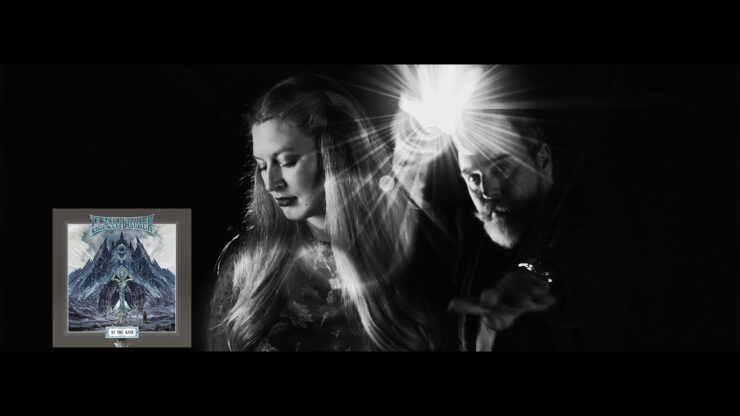 Glass Hammer’s Steve Babb put out the call two weeks ago for fans that would like to video their first reactions to All Alone, track number four from the band’s new album, At The Gate.

“Our fans are very loyal,” says Babb. “It seemed like a fun idea to include them this time! There are a few cool cameos as well; Jon Davison (Yes), Jon Beagley (Life In Digital), Dave Kerzner (Sound Of Contact), Prog-rock reviewer Pete Pardo (Sea Of Tranquility), and more.

“All Alone is one of our heavier tunes, but there’s plenty of progginess in the track. The rhythm is really infectious—which I thought made it a good song for reaction videos. Heads are bobbing non-stop throughout!”

Vocalist Hannah Pryor fronts the band on All Alone, with some help from Steve Babb, whose vocals bookend the song.

Bandleader Steve Babb said the following about the new album: “At The Gate completes our sword and sorcery inspired trilogy that began with 2020s Dreaming City. We followed that up with last year’s Skallagrim—Into The Breach.”

For the uninitiated, he went on to explain. “It’s the story of a scarred and battered thief, Skallagrim, who’s had his memory stolen along with the love of his life. He’s got to fight unimaginable horrors and slay hideous creatures and sorcerous villains if he’s ever to reclaim either. Finally, at the end of the last album, his memory is returned, but he finds himself cursed to wait one thousand years for a chance to find his lost love! At The Gate picks up at the end of his tale as he prepares to face the ultimate challenge of his life—to finally rescue his girl and defeat the evil being who has imprisoned her.

“Of course, as with any Glass Hammer concept album, there is more to it than a simple plot. On the surface, it appears to be about magic swords and heroes, but it’s actually a story about confronting evil, how to survive it, and how to face despair and heartache. And most importantly, it’s about why the pursuit of profound and lasting joy in an often joyless world is worthwhile, even when all available evidence suggests it cannot be found.”

Babb says he chose to open the album with a ballad. “…something ethereal, something reminiscent of what our fans call classic Glass Hammer. “The Years Roll By” fits the bill, I think. Of course, there’ll be plenty of metal and prog on the new album. The next music video I plan to release hits really hard!”

Read our review of At The Gate here;