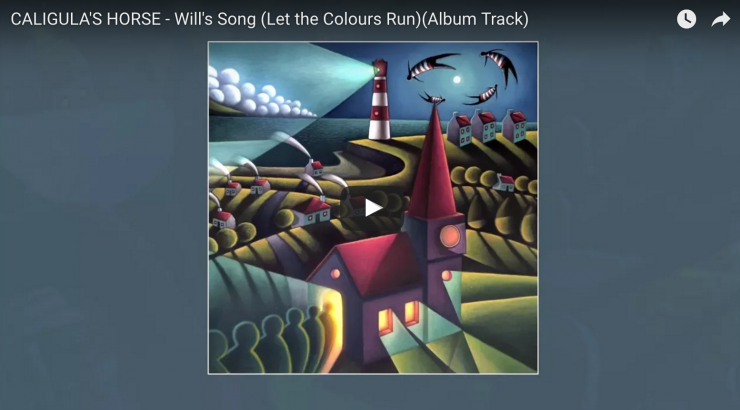 New song from the forthcoming fourth studio album, ‘In Contact’, for release on the September 15th, 2017

Caligula’s Horse, a band at the forefront of Australia’s progressive rock scene, recently announced the release of their forthcoming fourth studio album, ‘In Contact’, for release on the September 15th, 2017 via Inside Out Music.

Now they are pleased to reveal the first track to be taken from the album, a riff-heavy, progressive metal tour-de-force titled ‘Will’s Song (Let The Colours Run)’, which you can listen to here:

Guitarist Sam Vallen comments: “Will’s Song is something special for us. It’s dark and heavy, especially by C Horse standards, but it never feels like a compromise between those traits and the melody and colour we strive for.

This track embodies the possibilities of our new line-up. Josh and Adrian have toured with us for a while now, but Will’s Song finally shows what they’re capable of, and how much we’ve all grown as a group through the changes. It’s a massive step forward for Caligula’s Horse.”

As with the band’s acclaimed album ‘Bloom’ before it, ‘In Contact’ sees vocalist Jim Grey and lead guitarist Sam Vallen collaborating closely on the music and lyrics. Vallen comments: “In our creative process every idea is scrutinized, deconstructed, and rebuilt in a way that one of us, alone, could never achieve. We’re one another’s harshest critic, but fortunately we’ve done this for long enough now that our inspiration draws us in a similar direction – we can finish each other’s musical sentences, so to speak. And we’re lucky that’s the case, since In Contact proved to be a much more ambitious undertaking than anything we’d conceived of in the past.”