Billy Sherwood – Citizen: In The Next Life (Album Review) 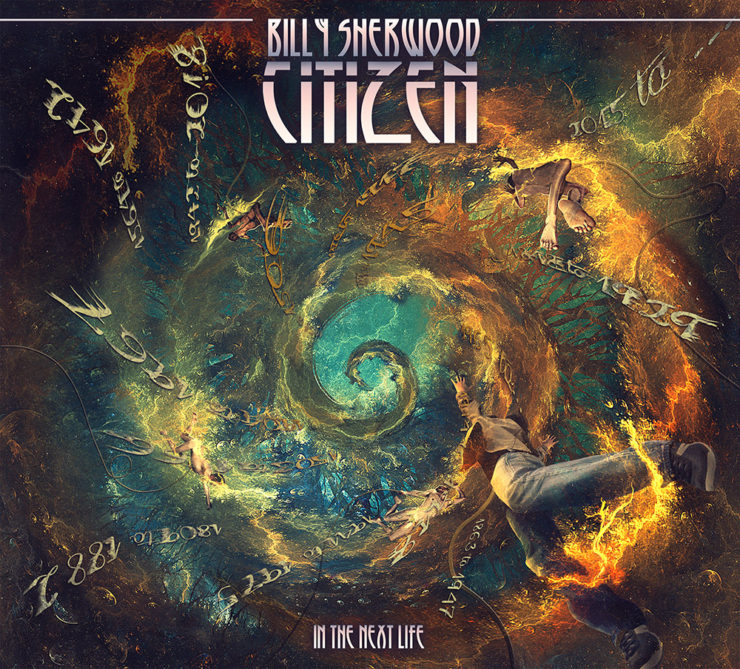 Review of Billy Sherwood – “Citizen: In The Next Life” out on July 12th via Frontiers Music Srl

In the almost five years since Billy Sherwood’s return to membership of Yes, the focus of the band has been very much on the live arena, playing sets which have delved as deep as it goes into the band’s history. New music has not been on the agenda for that band but Billy Sherwood has still been active producing several solo albums and even an all-star Yes tribute album. A real highlight among those, and indeed in his solo catalogue was the ‘Citizen’ album from 2015, which while boasting an incredible cast of guest stars, also was a ‘concept album’ with a point! The central character in each of the tracks, The Citizen, was described by Billy as “a lost soul reincarnated into various periods of history, he is the citizen”, and we saw him land at various points of history reflected in the songs.

That underlying idea flows into Billy’s new album, ‘Citizen: In The Next Life’ with the Citizen seeing significant events in history (and fiction!) through his eyes. Hence you have a track observing Hitler’s rise to power (“The Partisan”) followed by a track about “Sophia” the first officially recounted AI lifeform… and the diversity continues.

While the original ‘Citizen’ had a huge variety of vocal and instrumental guest slots, this album is simpler and better for it. Though I always enjoyed the guest slots, this approach, with Sherwood himself handling all of the vocals and instruments, brings a consistency to the variety of styles that are on offer. On other releases, Billy has used heavily treated vocals, with harmonizing and various other effects. Here he offers a much cleaner vocal approach which I really enjoyed – to me this harks back to the days of “World Trade” and “The Key” (and if you haven’t heard their albums, check them out!).

Despite being “all Billy” it has an almost live band feel to the tracks. Yes and Asia probably take up all of Billy’s road time, but I could see a great show built around these two albums, combined with a video backdrop illustrating the characters and stories!

There are lots of strong songs on the album… opener “The Partisan” is a great way to kick things off. “By Design”’s reporting from the Romeo and Juliet story is, to an extent, a prog love song, but it’s in no way cheesy! “We Shall Ride Again” is the cowboy song – of course it’s not country and western, but the guitar styles hint at western motifs, even if the song itself shifts and moves through time changes.

Special mention, though has to be made of the final song, “Hold Quiet”. While different in style from the rest of the tracks, it’s a 9 minutes reward for and reflection on what came before. Kicking off with massed vocal backing, and some clean, chiming electric guitar, this leads into some superb acoustic picking (can’t recall anything of that sort on Billy’s other albums?) and unusual chordal movements. A drum beat enters with some supporting bass (shout out to the range and variety of bass tones on this album), as slide guitar and some tremelo picking fill out the picture. This track doesn’t follow the more traditional song structures of the rest of the album but it’s a track worth investigating, especially on your headphones!

For fans of Billy, of the first ‘Citizen’ album, or indeed of Yes in general, this an album you need! If you’re hoping that at some point soon, Yes enter the recording studio, then this album should show you what safe compositional, arranging and recording hands those recordings could be in. The other band aside, this album has lots going for it, and who knows where The Citizen will go next!

Released on July 12th, 2019 on Frontiers Music
Key Tracks: The Partisan, We Shall Ride Again