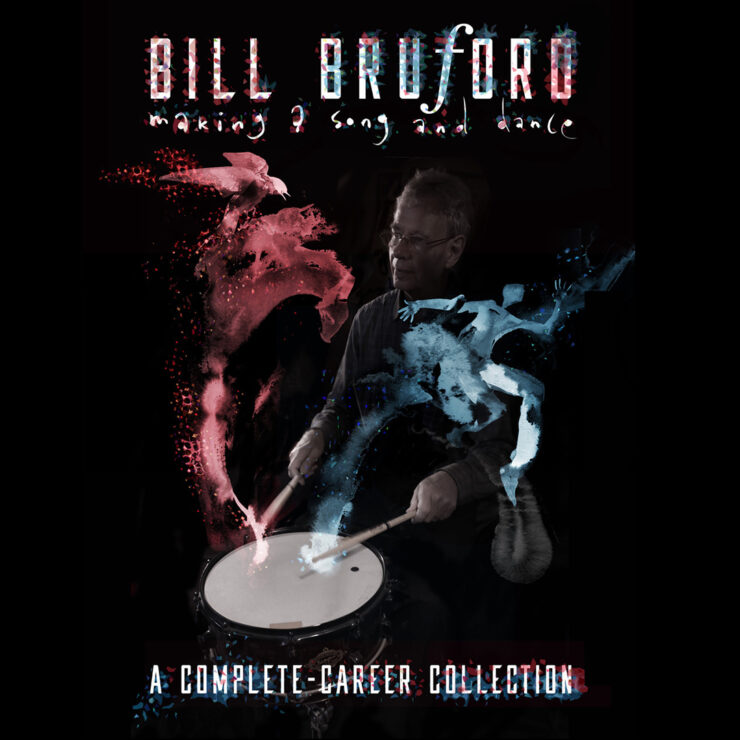 In the booklet that accompanies this 6 CD box set, Robert Fripp is quoted as follows: “Bill is the only man I know who would be prepared to abandon nearly everything he’s worked for and earned as a musician and start again.” For the very first time, this collection covers his beginning with Yes, right through to the final album he contributed to in 2009, before his (so far unbroken) retirement – a phenomenal undertaking that has been brilliantly executed.

The first 2 discs are entitled “The Collaborator” and chronologically map the beginnings of his career. I’d suggest that any Top 20 (or less!) list of classic prog tracks will almost certainly contain “Heart Of The Sunrise,” “And You And I” and “Starless”… well, they’re all here, along with some other Yes, Crimson and UK songs – it’s quite the kick off and an incredible disc of prog in its own right. As I mentioned, the discs are thematic rather than chronological which is my Disc 2 moves to the 1980/1990s Crimson line up, plus Anderson Bruford Wakeman Howe and a track from the aforementioned final recorded project, Piano Circus. When KC’s “Frame By Frame” kicks off this disc, it’s clear that a lot has happened since the UK track which closed disc 1, and electronic percussion and all sorts of technological advances have occurred. Nevertheless, the inventiveness and skill that Bruford brings to the band set ups is still amazing – could there anything further from Fracture than the tuned electronic percussion of “Waiting Man”? The Crimson studio album tracks are supplemented by some amazing live versions, which really capture the spirit of the various line ups as performing units, from the raw energy of the 1973 version of “Lark Tongues… Part 2”, to the Double Trio version of “Indiscipline.”

Discs 3 and 4 then focus on Bruford as “The Composing Leader”, beginning with recordings from the seminal Bruford band. Seems Like A Lifetime Ago shows a leap after a period from 1974 to 1977 where Bruford moved around a number of projects and performances. It’s hard not to be in awe at the stand out playing of Allan Holdsworth in these Bruford band tracks, with Dave Stewart and Jeff Berlin completing a fantastic line up who translated Bruford’s compositions into performance. The beautiful “Palewell Park”, a Bruford composition on which he does not actually play, shows the sheer breadth of his skills as a writer, something that isn’t always recognized.

The Special Guest is Disc 5 and features 12 tracks from throughout the years where Bruford is an additional performer. From the esoteric folk of Roy Harper to perhaps the more familiar feature on Chris Squire’s Fish Out Of Water, the discs adds further colors to the picture! Less familiar to me was the track by Al Di Meola – Calliope – which features both Bruford and Tony Levin, and is really fantastic. A cover of Voodoo Chile featuring David Torn and Mick Karn is, at best, a curio that’s interesting to hear just the once! The Inner Battle from Steve Howe’s Turbulence album is a very strong track, which found its way on to the Yes Union album as Silent Talking in a different form. We also have Jazz Bruford accompanied by the Buddy Rich Orchestra on his own composition Lingo and some more experimental music with Piano Circus.

The set ends with “The Improviser” which features this special brand of music much beloved of the drummer. The Borstlap-Bruford and Moraz / Bruford tracks are piano and drum/ percussion improvisations with two amazing keyboard players, giving Bill the chance to navigate the rhythmic space. The Crimson improvisation, No Warning, is mesmerizing, and I particular enjoyed the David Torn tracks with feature Tony Levin and Mark Isham. It’s fitting that the album ends with Low Tide, Camber Sands and Kinship from his collaborations with Michael Borstlap. In the liner notes Bruford comments “I do a lot of staying out of the way”. That comment brings to mind the King Crimson track Trio for which Bruford received a co-write credit because he remained silent throughout the improvisation – it’s clear from this collection that Bill Bruford made his name not just from the decisions on what to play, but also what not to play – and who to play/ not to play with!

Within the packaging, Mike Portnoy comments on Bruford’s pioneering work with Yes, and concludes: “The fact that even this was not enough for him I think says so much about his character and his need to explore”. That need to explore is very well represented throughout this eclectic box set. It’s really well put together and even as a fan who owns quite a bit of this music already, I found lots that I had never heard before within the nicely sequenced discs. 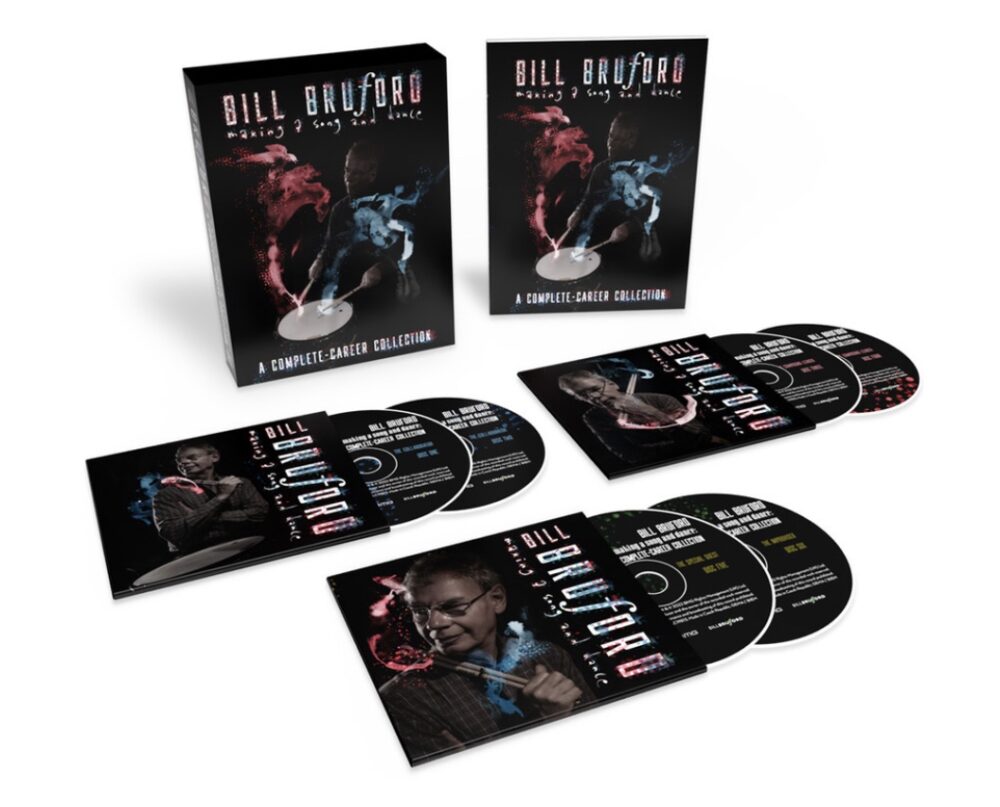