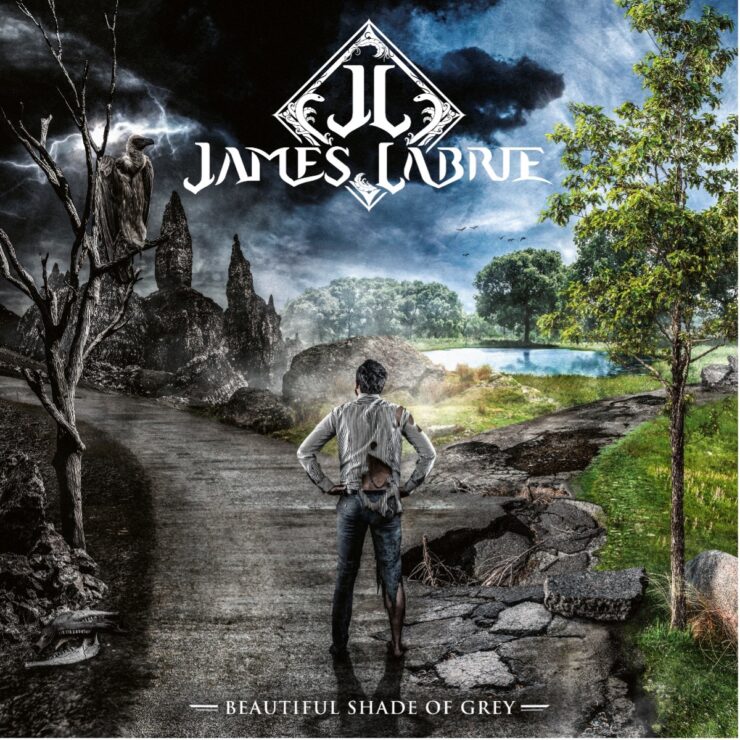 Review of the James LaBrie album ‘Beautiful Shade of Grey’

It’s fair to say that the last 12 months have gone pretty well for Dream Theater… A View From The Top of the World was released and was recognized by many as one of the best DT albums in some years. This was reflected in a great chart performance, extensive (and ongoing) touring playing large chunks of the new material and of course, the cherry on the cake – the Grammy Award that “The Alien” received.

So a new James LaBrie solo album has been quite unexpected in what’s been a busy year. Coming almost 10 years after his last, Impermanent Resonance, the album Beautiful Shade of Grey presents a fresh take on his solo career. Mullmuzzler and the subsequent 3 solo albums were close collaborations with Matt Guilroy, and tapped into the heavier side of LaBrie’s musical styles, each featuring exceptional line ups of musicians including Mike Keneally, Bryan Beller and future band mate, Mike Mangini. Guitarist Marco Sfogli is the only carry over from the past, as La Brie strikes out on a fresh collaboration with Eden’s Curse bassist Paul Logue. Their friendship has been long standing with some musical collaboration, but a meeting in 2020 led to this album that’s soon to be released. The heavier styles of the previous albums are replaced on this album by a more melodic and acoustic-based approach to the songs and the result is a very entertaining and engaging album.

“Devil In Drag” starts the album off with an upbeat rocker – it’s rhythmic (courtesy of LaBrie’s son Chase on drums!) underpinned by acoustic guitars. The sonic landscape gives the vocals the space to take the foreground. “SuperNova Girl” is a throwback power-ballad with great dynamics and a memorable chorus. Spanish guitar picking features on “Give and Take,” which has a nice twisting time signature and chorus leading up to the mellow cellos kicking off the atmospheric “Sunset Ruin.”

On a Mullmuzzler album, a track called “Hit Me Like A Brick” might have signaled a full on thrash work-out – but that’s not the case here. This one a great chorus and just another really strong song, with musical inventiveness without distorted guitars, except for a very sweet melodic guitar solo. “Wildflower” has multi-tracked strumming guitars, with a very light feel. I’ve alluded to it already, but this album is a real showcase for James’ voice in a different setting from a DT album.

Layers of harmonies usher in “Conscience Calling,” a track of less than 1 minute in length – a bit of a curio in the album, but it leads logically into the piano driven “What I Missed.” This song is one of the highlights of the album for me – it’s got a clever song structure, and the guitars and strings really bring things to life. One of the more complex tracks leads to the stripped back intro to “Am I Right” – the backing vocals are a great accompaniment as the song ends with LaBrie hitting the very top of his range, in the almost gospel-like ending.

Closing the album proper is a cover version of Led Zeppelin’s Ramble On, one of LaBrie’s favorite tracks. Certainly the song fits very well into the feel of the album… would I have preferred another original song? Probably. A bonus track electric version of “Devil in Drag” is a glimpse of what could have been had there been less of a focus on the acoustic aspect – while there’s nothing wrong with it, I think the right decision was made to follow the sonic direction the album took.

I have to say, this is an album that has had, and will continue to have repeated plays for me. I really enjoy the songs, the sound and the feel of the album when listened to as a whole. The album is beautifully produced and arranged with focus is on James’ voice. And despite the lack of lead instruments and complex song arrangements, a Beautiful Shade of Grey packs its own musical punch in the very best way and is a welcome entry to this iconic singer’s legacy.

Released on May 20th, 2022 on InsideOutMusic.
Key Tracks: Devil in Drag, Hit Me Like A Brick, Am I Right