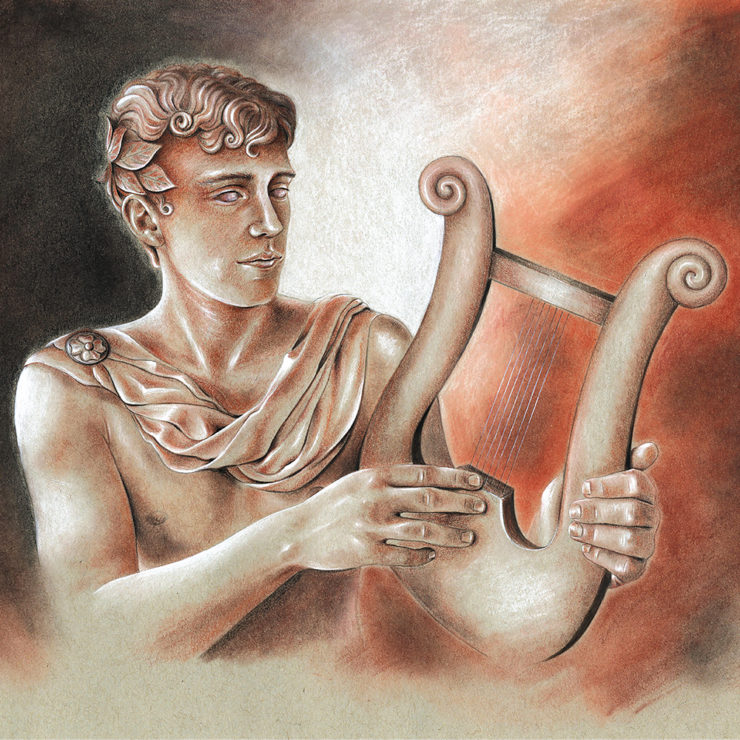 Sometimes you get to review an album where the words, and the praise, come easily – and this is one such album. I’ve been a BBT fan since “The Difference Machine” (TDM) drew me in around 2007/2008. To be honest, I bought the CD because musicians I liked from other bands guested on it, and I wasn’t disappointed. The members who made that album are mostly gone from the band, but such is the progression and evolution of a line up. Founder Greg Spawton remains and is also one of the main writers. TDM guest / now full band member Nick D’Virgilio gets his first writing credit and contributes again on vocals on the new album. The other main writer is, of course, David Longdon, who also commands the microphone, with support from the now multiple gifted vocalists in the band. It also must be mentioned that BBT are a band where the artwork and the music are very closely integrated – and Sarah Louise Ewing plays her part in the creative process.

The last run of Big Big Train albums has seen the band exploring its Anglo-centric core but this one takes a different path, based on the 17th/18th century custom where wealthy young Englishmen undertook a trip through Europe to gain exposure to the cultural legacy of those countries, as part of their aristocratic education. Therefore the songs deal with exploration into science and art, both essential parts of our humanity, often enhanced by broadening of horizons that comes with travel. So we move from Plato in circa 400BC to the Voyager spaceships of the late 20th century, before returning to the English countryside, much like the travelers.

For those of you who enjoy reading the context and background to the lyrics and inspiration, the accompanying booklet gives you a lot of info on each track and this makes the experience even more rewarding. Much like my first listen to “Brave Captain”, I’ve found that listening and reading along is the ideal combination. You’ll also get to appreciate the amount of research and creativity behind each track.

With a seven piece line up (the first since the band’s inception without founder Andy Poole), five brass players and 18 string players, you may fear this could be an everything-plus-the-kitchen-sink style production. As with previous albums, the soundscape is immaculately crafted with the spotlight shifting between instruments as needed.

The album opens with “Novum Organum”, a mission statement track, taking its name and inspiration from the book of that title which many believe was a significant signpost to scientific discovery. Notable for the first (of several) compositional credits for Nick D’Virgilio on this album, in collaboration with Spawton, the musical box tones lead us on the album’s journey of discovery, whether that is by ships of the sea, air or space.

Gears shift for “Alive”, the first single from the album which many of you will be familiar with by now. It is rare in the world of prog to have a band who can create great, melodic “pop songs” such as this (and “Folklore”, “Wassail”, “Make Some Noise” etc) as well as the fully developed epics we encounter later in the album. Longdon sings this “carpe diem” song, which he also composed, and you can see the parallel inspirations of the rite of passage journeys young people undertook, and the journey of BBT itself as the band undertook their first mainland Europe shows last year. The song also provides Danny Manners and Dave Gregory with opportunities for some tasteful solos, and the track is powered by both the shifting mellotron riff and the exemplary Spawton/ D’Virgilio rhythm section. (As I type this I am on a week’s holiday having an amazing time and enjoying some great weather… and so this has become something of a theme song – “it’s great to be alive”).

Leonardo Da Vinci is the subject of David Longdon’s next contribution “The Florentine”. “Alive”s pop prog gives way to 12-string strums and what sounds like Dave/ Nick lead harmonizing. One of the most attractive aspects of BBT’s music, for me, is the orchestration, and how instruments combine and build, like the artist adding colors from his palette to the canvas. This track is a great example of that, with the acoustic strum-and-thump being joined by tasteful almost country-style electric guitar, some mandolin, violin and Moog. There are lovely shifts in dynamics as the vocals move to male/female harmony, altering the texture as the various sections of the song shift. This isn’t a busy over-crowded sound though – it is rich and spacious, with kudos to Longdon/Spawton production team, along with Rob Aubrey and Mark Hornsby, involved in the transatlantic aspects of the recording.

The Spawton epic, “Roman Stone” is next up and is an epic based around the rise and fall of the Roman Empire. If that sounds like a prog rock cliche, it isn’t – in fact I’d go so far as to say that I can’t think of another band in rock music who could pull off this type of historical track without it descending into cliche. More than just another European capital city, the Roman Empire rose and grew across Europe and into Asia and beyond, and the sleeve notes give us an overview of how the different sections of the songs reflect that. The uniqueness of BBT is once more highlighted in a brass band and orchestral section mid song. This isn’t an awkward Atom-Heart-Mother mismatch but a glorious mashup, leading into a jazz drum and flute section before all of the elements link together – a quality fusion, painting the narrative for the listener.

Remaining in Rome, “Pantheon” is a first – namely, the first Nick D’Virgilio solo composition on a BBT album. It’s an instrumental that conveys the majesty and mystery of the 2,000 year old building that inspired it. As a long term fan of NDV’s, I don’t think I’ve heard anything quite like this from him, displaying yet another facet of his talents in the multi-layered instrumental. A solid drum groove, with a delightful, slightly atonal, guitar riff, are joined by brass, Moog and flute. The time signatures shift, and a crunching guitar enters, before a Crimson-esque guitar/ flute section is joined by violin. It’s a glorious track and, for me, one of the album’s highlights.

The Roman trilogy is completed by “Theodora in Green and Gold”, inspired by the mosaic in Ravenna of the Empress who was one of the most influential women of the ancient world. To an extent, a more traditional song, with a great chorus depicting the mosaic referred to in the title. Instrumentation is more sparse in service of the song, and a middle eight features the first Nick D’Virgilio solo vocal for BBT – a great contrast that adds to the rich vocal mix throughout this album.

BBT’s back catalogue contains lots of epic tracks, many of which acquire fan-favorite status, particularly during live performance. “Ariel” is such an epic and I imagine will join that list. It’s an eight part song cycle that blends fact and fiction, and a huge variety of musical styles in its narrative. From the sombre cremation song that kicks the track off, the glorious choral sections throughout, this once again illustrates the vocal capabilities of the band. Part Four of this track is perhaps my favorite part of the album – I have visions of the BBT fans punching the air at gigs while singing the names of cloud types, with the “Come Cirrus, Come Stratus” section being a brilliant hook. The song ends with a return to the cremation theme, in an amazing finale. This is epic BBT and what other band would follow that with… another 14 minute epic?

“Voyager” makes a shift from Europe and indeed Earth, to the voyages in the great sea of space made by the Voyager space craft. A very different sound, this Spawton epic, celebrates this exploration and, like “Ariel”, blends vocal and instrumental passages to illustrate the quest. The epic grandeur leads into a delightfully proggy middle section in Part Four (what is it about the Part Fours on this album!), dare I say, very Genesis sounding with Nick, Greg, Danny and Dave pulling out an amazing instrumental section that will leave you open mouthed! And yes, another swaying hands, air punching finale, that I expect will move adults to tears in live performance!

The simplicity of the opening of final track “Homecoming” momentarily gives us chance to recover breath, before the jazzy rhythms kick off. Taking the themes introduced in “Novum Organum”, we have this track about the ending of the journey, that shifts and moves even within its five minute length, allowing all of the band to shine and leading to another epic conclusion! “We are home now, we have found a way back home!”

It’s hard to sum this one up, but I’ll address my conclusion to the three potential camps of readers of this review:

– If you’ve never listened to the band and are thinking of exploring: Take this Grand Tour, you won’t be disappointed.

– If you’ve listened before but not been convinced: I assure you this is an album for you to reassess that.

– If you’re a long term fan who is wondering how the band can climb any higher: Relax – the Big Big Train you know and love are still able to surprise and delight you!