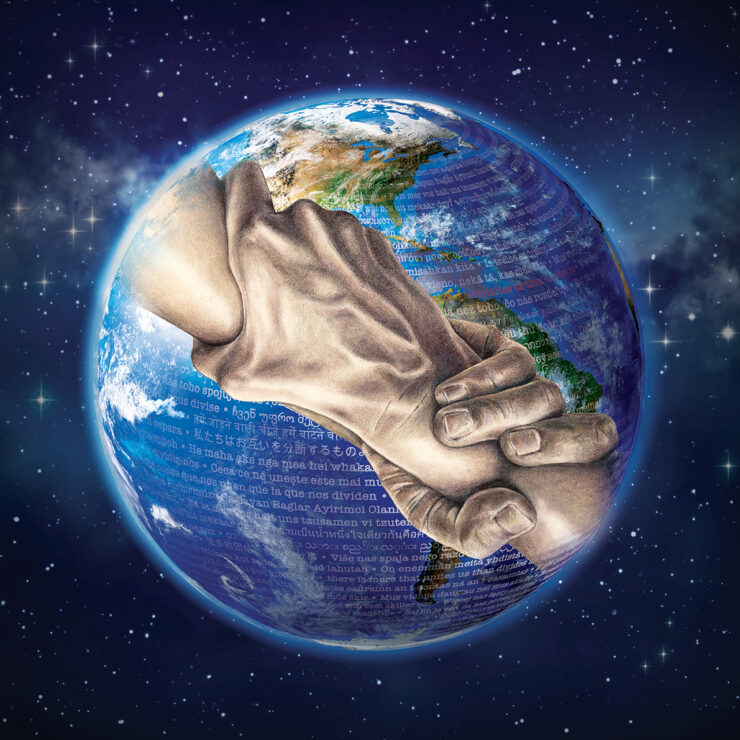 A new release from Big Big Train is never just another release in the world of prog. Since 2009’s The Underfall Yard, the band has been one of the leading bands of third-wave prog, the signal marker and bellwether. Indeed, every release from Big Big Train for the past decade has manifested itself as a fundamental shift—a very rethinking of who and what we are as a community—of the genre itself. While there are innumerable great prog acts out there, none quite match Big Big Train when it comes to innovation, to creativity, and to cohesion. Is there any band with such a fanatic and determined fan base? If so, I’m not familiar with them. Big Big Train is as much a movement as it is a band.

Like the rest of the world, Big Big Train has seen some momentous changes over the last year and a half. Their changes, though, have been particularly profound and fundamental. A massive re-arrangement in the composition of bandmates, the frustrating cancellation of the Grand Tour tour, and the formation of, arguably, the best fan service (The Passenger’s Club) in existence must have affected the band deeply.

The change in sound, however, is not insubstantial. On my first few listens, I was shocked at the new direction of the first several tracks, as they sound very little like anything that has come before from the band. As noted below, I kept thinking of power bands from the 1970s and 1980s, such as Boston and Asia. And, I was especially taken aback by how heavy some of the guitar work is, especially on the second track, along with David’s deep, throaty vocals. But, then, there were pleasant surprises as well, such as the four lead singers on the third track, “Black with Ink.”

The new album, Common Ground, has all the earmarks of a Big Big Train album—especially in uplifting, poetic, and achingly gorgeous lyrics and the nearly-unmatched vocal harmonies (only Neal Morse uses more intricate ones)—but this album sounds like a very, very different band from its previous incarnations and manifestations. Though inimitable Big Big Train, one hears some surprising influences (or, at the least, parallels in sound, as I hear them) on this album—ranging from Elton John, to some Oceansize, to some Kate Bush, to Yes’s Tormato, to Toto IV, to XTC’s Nonsuch, and, perhaps least surprisingly, to NDV-era Spock’s Beard but also, much more surprisingly, to Morse-era SB. At times, the band even engages in some heavy rock, especially through the guitar. By far, this is the least pastoral album from the band, and while certainly not pop, it does at times—again to this American ear—sound very much like mid- to late-1970’s and early-1980s Album-Oriented Rock.

The composition of the band itself matters, too. Unquestionably absent are Danny Manner’s jazzy keyboards (the new ones being much more Elton John-ish or, at times, Rick Wakeman-esque) and Dave Gregory’s subtle but majestic guitar (the new ones being slightly less nuanced and much harder). Longdon’s glorious voice, however, remains very much Longdon’s voice, and the same is true with Spawton’s glorious bass, Sjöblom’s glorious guitar, and NDV’s glorious drumming. And, please believe me, I’m not exaggerating the glorious part. Longdon, Spawton, Sjöblom, and NDV have never sounded better. I am especially pleased with Spawton’s bass being so clear and upfront in the mix.

Again, this is still Big Big Train, yet a re-worked one.

“These days are going to test us,” Longdon plaintively sings in the opening track “The Strangest Times,” a song that finds the singer yearning for a return to normalcy following a year spent in isolation. While that track has a clear Elton John influence, it’s followed by the Nick D’Virgilio-penned “All the Love We Can Give,” which sounds very BBT, but with a bit of Toto, a bit of Asia, quite a bit of Tormato, and a bit Spock’s Beard thrown in. Wonderfully, it is a song of triumph. The third track, “Black with Ink,” links all things together through wonder and ancient myth, an anticipation of “Common Ground,” but in the world of reason as well as magic, finding that which connects us all through the imagination. Here, we find a safe harbor—from storms and from gods. The fourth track, “Dandelion Clock,” concludes part I of the album, and it does so through a rather gentle (especially compared to the previous three songs) and, at least for this album, rather pastoral manner. I’m sure it’s the title, but I can’t help but think that this is BBT’s tribute to Ray Bradbury (much like I think of Thomas Dolby’s “Cloudburst at Shingle Street”).

Part II of the album, a cohesive whole from beginning to ending, begins with the lovely piano-solo, “Headwaters,” at a little over the two-minute mark. It transitions, with only moments of silence separating them, into the overpoweringly proggish “Apollo,” another D’Virgilio composition, complete with flute and strings. The song clearly celebrates all things Apollo, from ancient mythology to the Kennedy-esque moon launch, tying all things together into the following track, “Common Ground,” a plea for sanity and community in our rather disease-ridden and fallen world. After claiming our common ground, BBT presents the centerpiece of this album, the fifteen-plus minute Greg Spawton epic, “Atlantic Cable,” a prog wonder. It perfectly transitions into the aching final track, the fetching “Endnotes,” thus concluding Part II and making “Atlantic Cable” a twenty-two minute epic rather than a fifteen-minute one.

All things considered, Common Ground is probably the best album BBT has released since English Electric. It never stops moving, and it never stops calling to the highest things of the soul.

As I’ve had the privilege to write for over a decade now. . . Ave, Spawton.

Key Tracks: The Strangest Times, All The Love We Can Give, Atlantic Cable