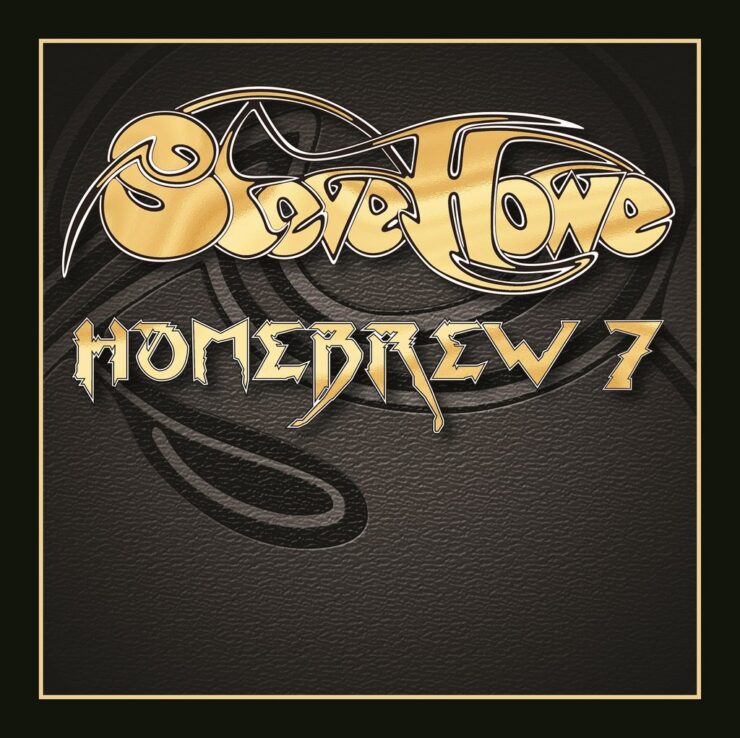 With an already packed discography of band and solo albums to his name, it’s incredible that the seventh in the Homebrew series of releases comes 25 years after volume one! For those not familiar, these releases are packed with Steve Howe’s high-quality home demos from throughout his career. As a fan, it’s very appealing for me to hear, say, the demos that he presented to Jon Anderson for the ABWH project, or the nascent versions of Asia songs in the form I imagine Wetton, Downes and Palmer first heard them. Every release has been packed with a variety of sounds, styles and instrumentation, with impeccable playing, accompanied by Howe’s own sleeve notes detailing the origin and often the outcome of the demo tracks.

Volume 7 takes a slightly different tack to its predecessors as this album is full of ideas that have not been released before, which, Howe says, he has been saving for such a release. These range from some atypical sonic synth experimentation from 1978, through to the strangely comical Strange Wayfarer from 2016, whose guitar synth melody is quite addictive!

As well as instrumentals, there are a few songs with lyrics. It’s hard to believe that 1979’s From Another Day, delivered by Howe in simple acoustic guitar/ vocal from The Steve Howe Album sessions, wasn’t picked up and developed at a later stage. The intriguing Half Way, with a 1997 backing, 2009 lyrics (which clearly articulate frustration at a collaborator who wasn’t meeting Howe halfway – I wonder who?) and 2015 drums added by his late and beloved son Virgil, shows a work in progress that very nearly got there.

Of course, this tracks dives into the Howe guitar collection, with shimmering steel guitar on Outstanding Deal, his signature ES175D on October, electric mandolin on In One Life and soloing Telecaster on A Matter of Fact… and lots more!

There is much to explore in the 21 tracks presented in this era-spanning collection, and it is an essential purchase for fans of Howe’s inventive guitar styles. With a new Yes album on the horizon, it certainly whet my appetite for what’s to come in that release later this year!