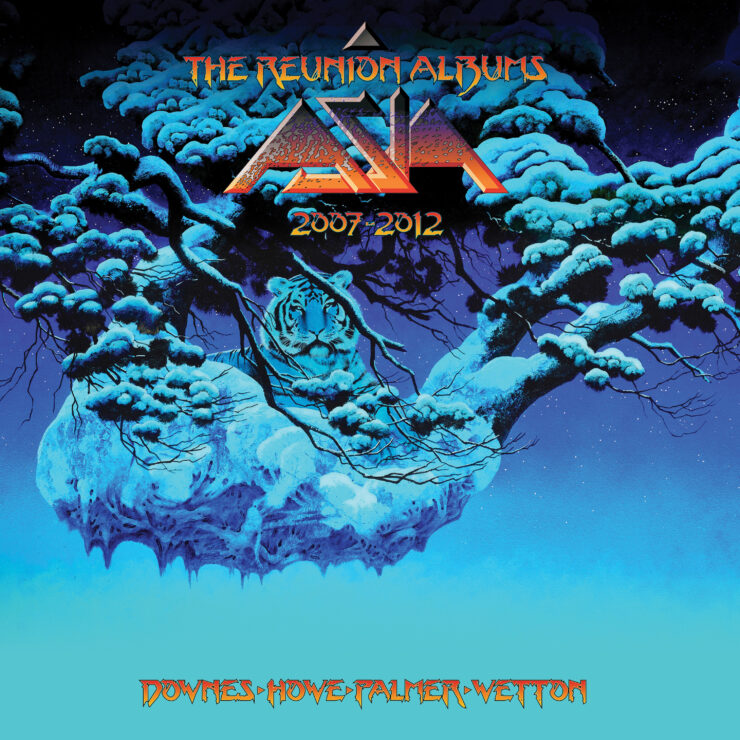 Review of Asia: The Reunion Albums 2007-2012, a deluxe 5CD box set featuring the reunion albums from the classic Asia line-up.

For fans and band alike, it was a case of “unfinished business” when the original Asia line-up reunited in 2006, 25 years after their debut album took the world by storm. The immediate aftermath of their second album, Alpha, was a run of line-up changes that shattered the quartet, albeit Asia as an entity continued in various guises. The harmony of the 2006 reunion and tour was a delight for fans and while new music wasn’t part of the plan, there followed three studio albums before the amicable (this time) departure of Steve Howe, to allow him to balance Yes and solo requirements.

This fantastic box set is a collection of all that went down during that period. Forgetting about the music for one moment, we get a new Roger Dean cover, each of the 4 albums packaged in a mini card sleeve and a booklet of credits and notes.

Fantasia: Live In Tokyo sets the scene, coming from the first wave of touring. Wikipedia tells me there are 35 Asia Live albums available, and I think this one is probably the best. The band kept the setlist simple: the Asia album, a few tracks from Alpha and a track from each member’s legacy band, including versions of Roundabout, Fanfare, Video Killed the Radio Star and, curiously, In The Court of the Crimson King, a song recorded before John Wetton joined the band, but possibly the best of the 4 covers. It all set the scene for a return to the studio…

Having already reunited for 2 Icon albums, the Downes Wetton partnership had shown it had survived with aplomb. The question about a future Asia studio album would be how or whether Steve Howe would fit into such a situation. The Phoenix tracks showed that the years had taken nothing from the power of the writing and playing in the band. The album features two of the Yes-like long prog tracks, and Steve Howe added 2 great songs to the album. From the introductory Never Again, to the closing anthem, An Extraordinary Life, it remains an impressive album.

Omega, studio album number 11 for the band, was a solid follow-up, cast in a similar mold. It includes the reappearance of the Wetton/ Howe songwriting partnership (responsible for One Step Closer, Without You and Here Comes The Feeling on the debut album) on two of the album’s best tracks, Through My Veins and Light The Way. A resprayed Icon track, Finger on the Trigger opens things up, with the rest of the album being a mix of ballads and rockers, all of great quality.

That minor criticism aside, this is a great one for both collectors and a great overview for fans who may have missed out on this era. Each of the musicians is in incredible form, and sadly this lineup won’t be seen again, but this set serves to honor the extremely strong second lap of this classic lineup! 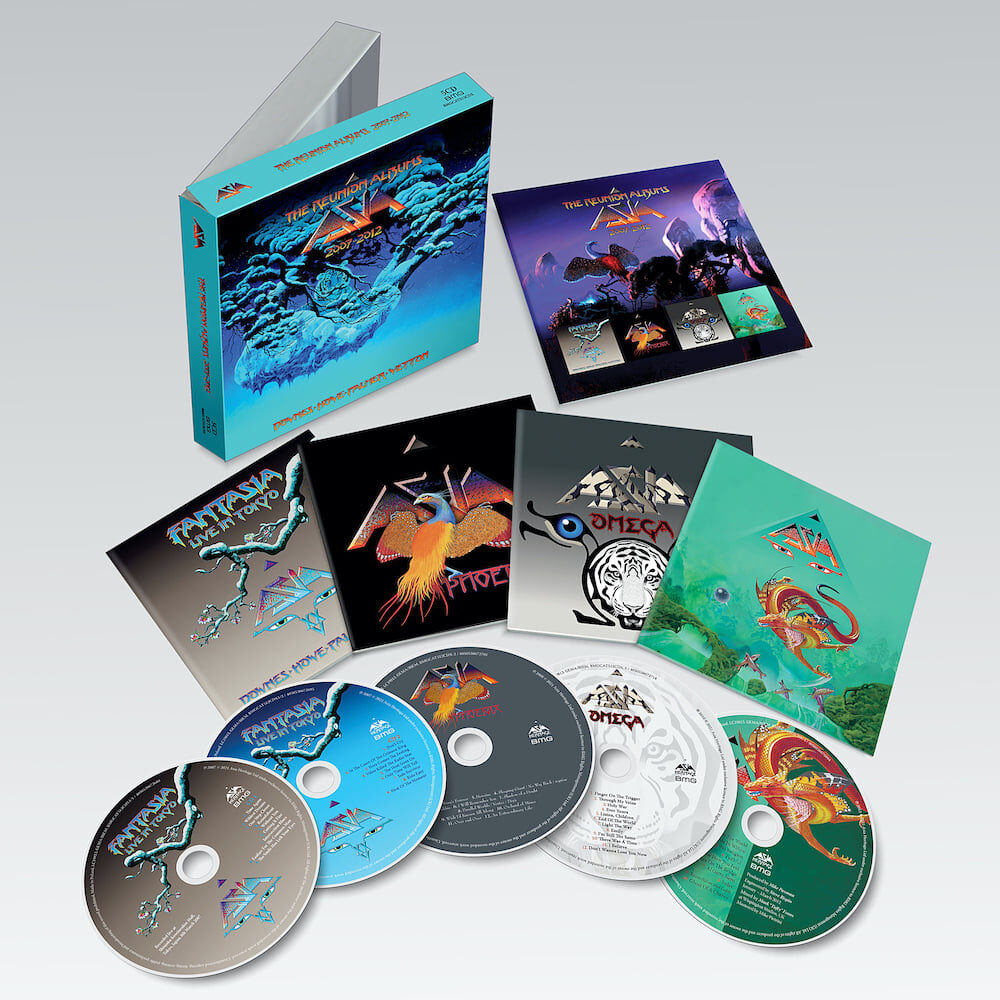 1. Time Again
2. Wildest Dreams
3. One Step Closer
4. Roundabout
5. Without You
6. Cutting It Fine
7. Intersection Blues
8. Fanfare For The Common Man /
9. The Smile Has Left Your Eyes