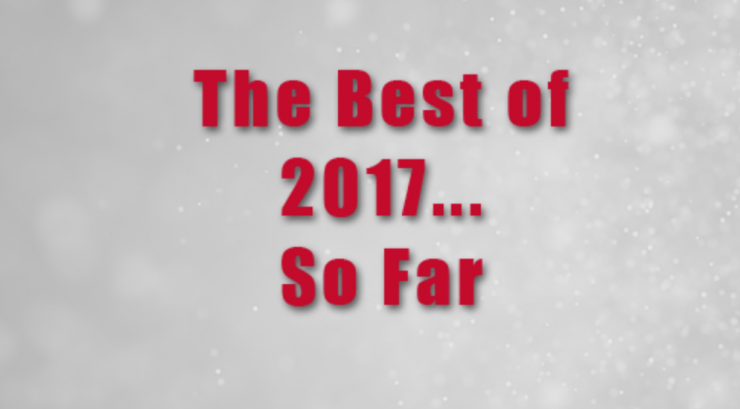 This year has already seen the release of some amazing music, from the heavy to the serene to the weird.  And from what we know is coming later this year, 2017 is shaping up to be another winner.  But before we get ahead of ourselves, let’s take a breather and revisit some of the best from the 1st half of 2017.  This is just some of the great music already out and does not include the upcoming releases from Styx, Bent Knee, Steven Wilson, Anathema and many many more.

Pain of Salvation returned with a stellar album ‘In the Passing Light of Day’ which featured the brilliant single, “Meaningless”.

Big Big Train returned less than a year after thier last album Folklore to put out the brilliant Grimspound.

The Mute Gods released their 2nd album, Tardigrades will Inherit the Earth and its catchy title track and hilarious video.

Nad Sylvan‘s sophomore solo album, ‘The Bride Said No’ is stronger than his debut album and features this amazing ballad with guest solos from Guthrie Govan and Steve Hackett.

Blackfield released its 5th album, this time with Steven Wilson and Aviv Geffen back together.  This closing track on the album might be one of their best.

The Prog Metal/Jazz Fusion supergroup Nova Collective put out an amazing debut album called The Further Side.  The first single “Dancing Machines” is a sign of the brilliance on this album.

Tim Bowness returned with his best solo album, a concept album about a has-been artist.

Steve Hackett returned with a world music influenced album for one of his most captivating releases with this haunting track, “Behind the Smoke”

Ayreon came out blazing with this star-studded double album concept,’The Source’, one of his most highly anticipated albums in years.