Bent Knee – You Know What They Mean (Album Review) 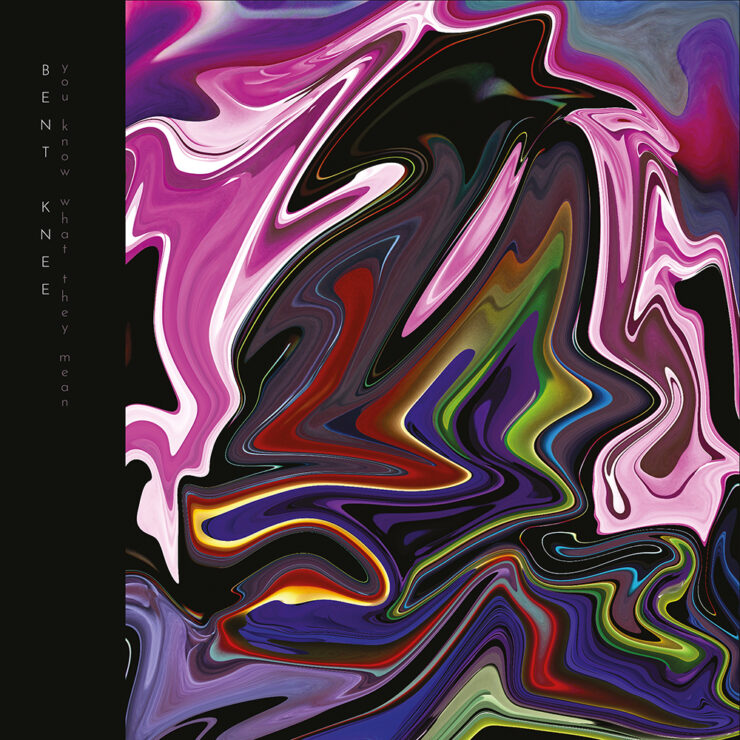 I have a bit of humble pie to eat regarding You Know What They Mean, the new release and fifth studio album from Berklee College of Music alumni Bent Knee. On first listen I dismissed it as a haphazard jumble of off beat tunes and weird vocals that had somehow ended up on the same record together, I certainly wasn’t impressed and wondered where the hell my review was going to start.

Thankfully I am an advocate of always giving an album two coats of listening to and I am so thankful that I did with this recording. Mad as an exceedingly large badger poked with a very sharp stick it may be, but it is also mind-blowingly inventive and so far from left field it should have its own post code!

This musical force of nature was born from a furtive creative period that occurred when drummer Gavin Wallace-Ailsworth fell awkwardly, badly breaking his right ankle in an accident that was to render him out of action for four extremely painful months and when, after Gavin’s full recovery and on their second full US tour of 2018 (opening for Haken and Leprous), between shows in Salt Lake City and Denver, the band’s tour van flipped over in treacherous icy conditions.

I don’t know what happens to other bands when hit by adversity but Bent Knee got back up fighting like a fit Mike Tyson on some strange cocktail of performance enhancing drugs and the result is thirteen tracks that push and pull in a myriad of directions and generally kick the shit out of your understanding of what makes a brilliant musical experience.

Taking a pragmatic perspective, Bent Knee’s dynamic singer-keyboard player Courtney Swain adds: “With both accidents we were forced to move onto the next thing. For better or worse, I didn’t have much time to dwell on either event, and I feel that we were really lucky that the bad things that have happened to us felt like they could have been much worse.”

There’s a bit of an oddball live introduction with “Lansing” but the album proper kicks into gear when “Bone Rage” gives us the first introduction to Ben Levin’s thunderous guitar riffing, Courtney’s whirling and wailing vocals adding a real chaotic feel to proceedings. Feisty, fiery and bristling with violence, it’s a monster way to really get things going and is followed immediately by the energetic drive of the funky and frenetic “Give Us The Gold” with it’s catchy chorus and caustic riffing.

“Hold Me In” is like some 90’s dance track that ended up in Dante’s Inferno and “Egg Replacer” opens all calm and collective before bursting out like some guitar driven version of the alien bursting out of John Hurt’s chest, you never know what this album is going to give you next, a compassionate hug or a knife to the stomach.

Producer, sound designer and synthesizer player Vince Welch explains: “The song forms [on the new album] are greatly simplified from anything we’ve done before. It’s more riff-driven, more song-oriented, with focus on such as the vocal melody. We’ve created the songs in a more simple way, at least more than any album we’ve made before, and it’s certainly more groove-oriented.”

You carry on being driven along by this hellish maelstrom of music and you love every single second of it, “Cradle Of Rocks” actually does rock and incredibly hard, “Lovell” is a bone crunching interlude that segues into the ultra-violence of “lovemenot”, a gargantuan tune hewn out of solid granite that makes your ears bleed in a pleasurable way (if that’s possible), Chris Baum’s violin adding to the macabre feel.

Bent Knee do Sigur Rós on the gentle whimsy of “Bird Song”, the only calming influence on the record and then things get decidedly funky again with “Catch Light”, perhaps the most overtly commercial (if you could call anything Bent Knee do ‘commercial’) track on the album. It’s a song that gets under your skin with its catchy chorus and edgy, staccato guitar and drums, put simply, it’s most definitely groovy!

The slow burning intensity of “Garbage Shark” (who comes up with these inspired song titles?) eventually breaks into what sounds like a Bond Theme from a far distant alien planet, guttural and primeval and this then takes a sharp ninety degree urn into the late-night acid jazz, dance funkiness of “Golden Hour”. I’ve had many a late-night finish with the room spinning, in a world of my own and with a knowing smile on my face and this song would be the perfect soundtrack to many of those. All good things must come to an end and we are treated to the experimental jazz/prog musings of “It Happens” as the finale to this amazing sonic experience.

Bent Knee have knocked me sideways with this new release, You Know What They Mean is a collection of amazing musical journeys, some of them seemingly fraught with danger and all of them apparently from minds that seem to exist in an alternate reality to most people. Utterly mad at times and utterly magnificent at others, it has certainly changed my perspective and deserves to be on the awards list at the end of the year. Just one thing, who, exactly, are They?

Released on October 11th, 2019 on InsideOutMusic.