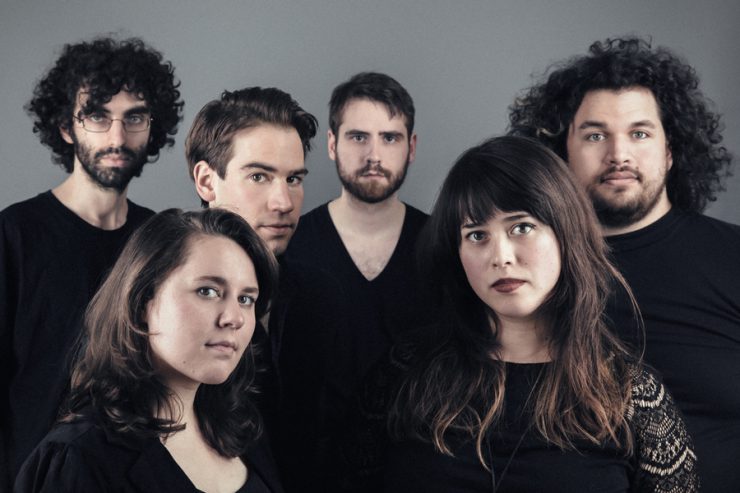 New album ‘Land Animal’ is due out June 23rd

Prog/Art-Rock band Bent Knee have unveiled their stunning new album Land Animal which you can listen to hear before it’s worldwide release on June 23rd.. The 10-track collection brings the listener on a journey through commentary on today’s globalized society and how people continue to evolve in a world of ever-growing complexity.

Bent Knee formed in Boston in 2009 as a democratic collective determined to push the boundaries of pop and rock. Lead singer and keyboardist Courtney Swain’s soaring vocals are instantly arresting. Guitarist Ben Levin is one of the most dynamic and versatile guitarists around, shifting between the raging and raucous to the sublime and meditative. Bassist Jessica Kion and drummer Gavin Wallace-Ailsworth combine into an enthralling rhythm section that’s equal parts powerhouse and nuance. Violinist Chris Baum’s kinetic violin work provides drama, grace and intrigue. World-class producer and live sound designer Vince Welch weaves it all together with a captivating, expert touch.

The band has been on tour over of the last few months and have just announced an additional run of dates, making stops in Denver, Minneapolis, and more.