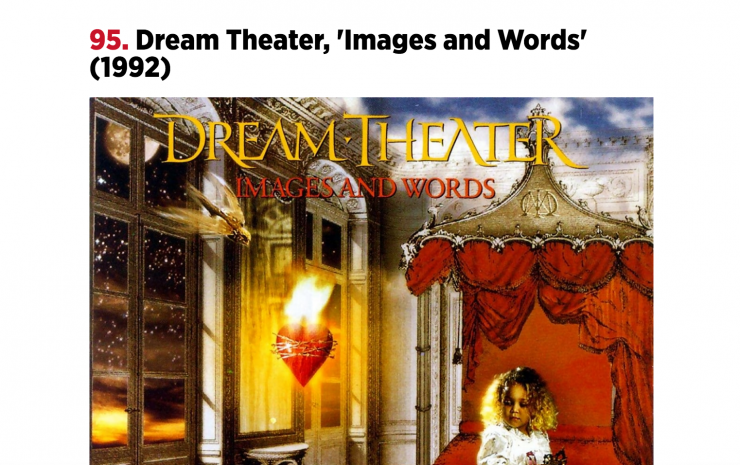 Progressive Metal makes an appearance on this Rolling Stone list.

Rolling Stone like The Prog Report, loves lists.  This time they have just released their list of the Top 100 Metal Albums of All-Time.  There is plenty of Black Sabbath, Metallica, and Slayer to appease any metal fan.  What is slightly surprising is their inclusion of a few Progressive Metal classics including Dream Theater’s Images & Words which gets the nod at #95, Queensryche’s Operation:Mindcrime at #67, and Opeth’s Blackwater Park at #55.  Take a look at the whole list here: