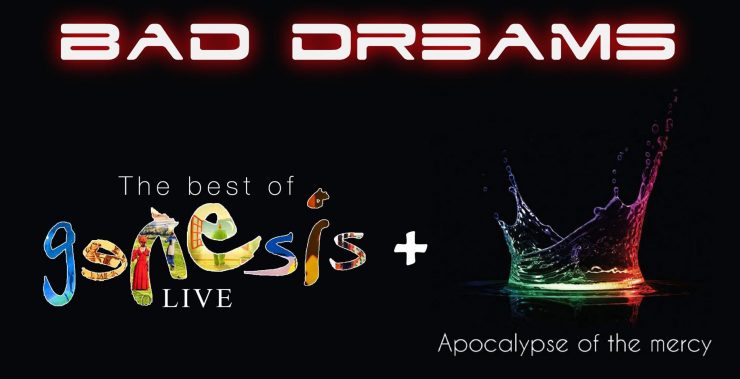 Feature on the band Bad Dreams on the upcoming Cruise to the Edge 2015.

Bad Dreams are a band from South America known as much for their own music as for performing great versions of Genesis songs.  Their interpretations of Genesis classics from all eras has led them to be recognized by fans of Genesis forums worldwide and to be included in the official sites of Genesis and Steve Hackett, as well as sharing the stage with Ray Wilson.  They have opened for Steve Hackett in Buenos Aires and also were selected by Marillion guitarist Steven Rothery as his band for a South America gig.

The band will release a new album this September, 2015 titled “Apocalypse of the Mercy.”

You can also check out their version of “Cinema Show” here: