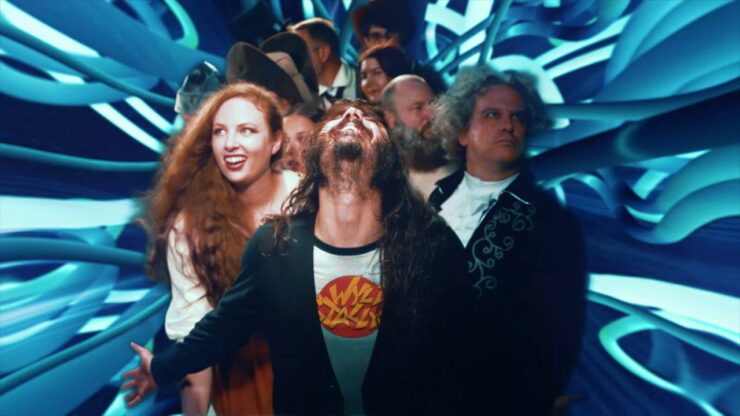 Arjen Lucassen (Ayreon) is set to release the new Star One album titled Revel In Time on Feb 18th, 2022 on InsideOutMusic. Now, Arjen has released the new single and video for the title track featuring Brandon Yeagley and Adrian Vandenberg

Watch the stunning video for “Revel In Time” here:

Arjen has this to say about the video:

“Dear friends, you better hold on tight for this absolutely zany clip… here is the 4th single: ‘Revel In Time’! It’s based on the equally zany movie ‘Bill and Ted’s Excellent Adventure’. It was filmed in Holland and the U.S. and of course… in outer space.

This is definitely the most varied Star One album so far. After the epic ‘Lost Children of the Universe’, the fast and furious ‘Fate of Man’, the complex and proggy ‘Prescient’ we now have this deliriously wild ride for you with ‘Revel In Time’. I sure hope you have a sense of humor, ha ha!

I hope you will enjoy this Amazing Flight in Time and Space. Thanks for your support as always, looking forward to reading your comments.

Be excellent to each other!
Arjen.”

Revel In Time is available as Ltd. 2CD Digipak, Ltd. Deluxe 3CD+Blu-Ray Artbook (incl. a poster of the cover artwork), as 180g Gatefold 2LP (incl. the album on CD & an LP-Booklet) and as Digital Album (2 CD).

Also available will be a 5.1 mix, a high-res audio version, and an exclusive, hour-long Behind the Scenes video, on the Blu-ray included in the Artbook.

Revel In Time is now available for pre-order, along with the re-issues of “Victims of the Modern Age” and “Space Metal”.
https://arjenanthonylucassensstarone.lnk.to/RevelInTime

10] Beyond the Edge of it All 4:52
lead vocal: John Jaycee Cuijpers_
guitar solo: Arjen Lucassen