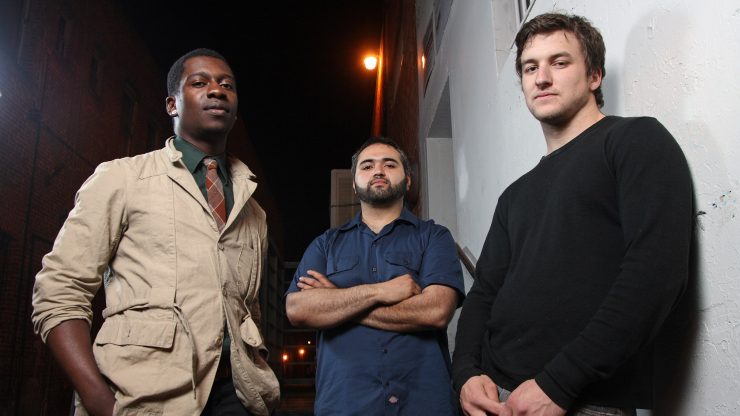 Animals As Leaders is an American instrumental progressive metal band formed by guitarist Tosin Abasi in 2007. It currently features guitarist Javier Reyes and drummer Matt Garstka. The band’s self-titled debut album was released in April 2009.  The follow-up, Weightless, was released on November 8, 2011 in the US.

Animals as Leaders genre-defying compositions have earned extensive praise, even from such greats as Steve Vai who called the band “the future of creative, heavy virtuoso guitar playing.”  The diversity of their music has enabled them to tour with a wide variety of acts, including Deftones, Underoath, Circa Survive, BTBAM, The Dillinger Escape Plan, The Faceless, Thursday, Dredg and, on the 2010 Summer Slaughter tour, even Decapitated.

It was announced in late December of 2012 that Animals As Leaders had signed a deal with Sumerian Records, who will release the band’s 3rd studio album in 2014.