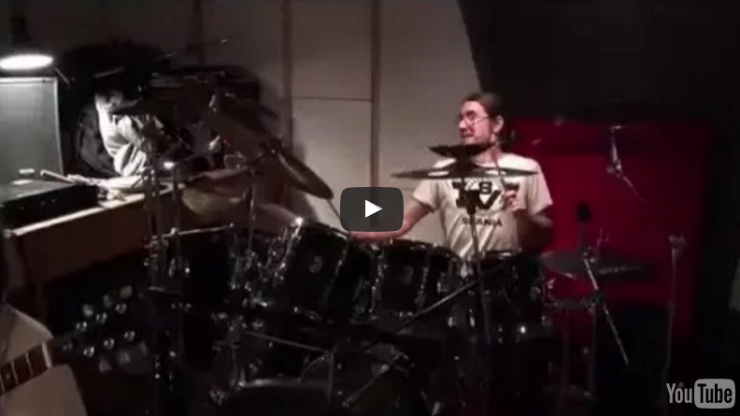 Video shows band working on album in the studio.

Änglagård have started the recording sessions of what would be their fourth studio album.  The band have released a video from the studio which you can see here:

Last year saw the band completing a tour dubbed as AROUND THE WORLD IN 16 DAYS, culminating with two very successful appearances at the prestigious Cruise to the Edge, where they played alongside some other big names in progressive rock history like Yes, Marillion, Alan Holdsworth, among others.

Hailing from Sweden, Änglagård quickly became a cult band after the release of two highly acclaimed progressive masterpieces in the form of HYBRIS (1992) and EPILOG (1994). Shortly after the band went in a prolonged hiatus for almost 20 years, releasing their third record VILJANS ÖGA (2012), which saw the band admirably developing their sound while evading the trap of simply catering to the nostalgia crowd by repeating past glories. The album became a high success and was followed by their first live effort entitled PROG PÅ SVENSKA – LIVE IN JAPAN, taped during three nights at the legendary Club Citta in Japan, sharing the stage with Crimson ProjeKCt.