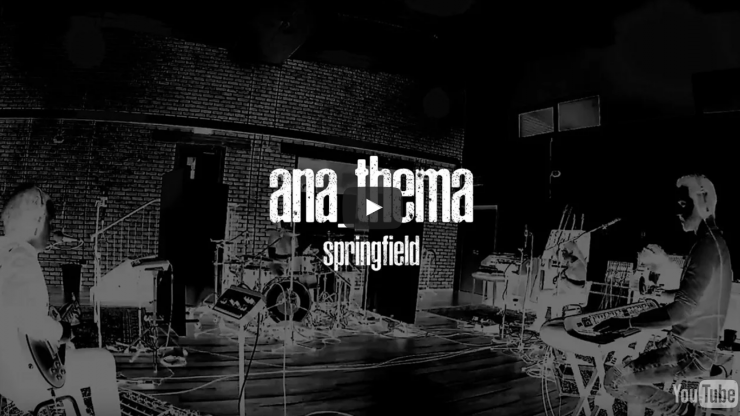 New album ‘The Optimist’ due on June 9th

Anathema are premiering the first track from their forthcoming new studio album The Optimist entitled “Springfield”.

Daniel Cavanagh explains the song choice “Here we present the song ‘Springfield’, it’s actually the song that closed our unforgettable Wembley gig with Opeth and it seemed to be a track that just fell into place without much effort. It seemed to do itself. The song forms part of a narrative that runs through The Optimist album, it’s a narrative that begins where A Fine Day To Exit left off. The album is a journey. The songs are ambiguous. There is no right or wrong way to take them. Make of them what you will.”

Anathema’s eleventh full-length The Optimist is due for release on 9th June through Kscope, where the ambient rockers will reveal some of the darkest, most challenging and unexpected music the sextet have put their name to.
Anathema, led by brothers Daniel and Vincent Cavanagh, along with drummer John Douglas, singer Lee Douglas, bassist Jamie Cavanagh and drummer/keyboardist Daniel Cardoso began recording The Optimist in the winter of 2016 at Attica Audio in Donegal, Ireland and then finished at Castle Of Doom studios in Glasgow with producer Tony Doogan [Mogwai, Belle & Sebastian, Super Furry Animals] at the helm and was mastered at the legendary Abbey Road Studios.