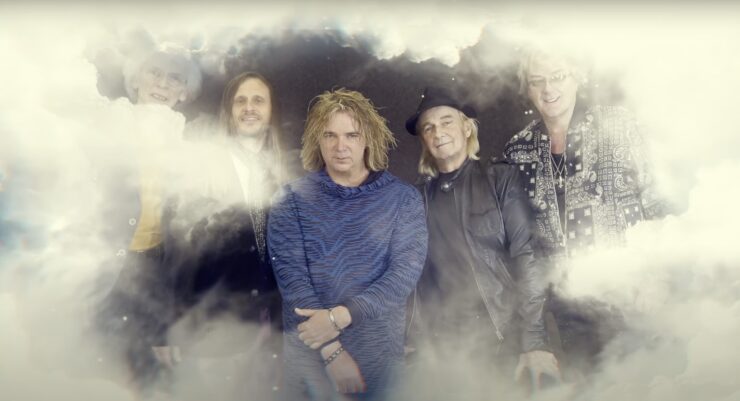 Yes have revealed a new video for “Dare To Know”, the second single from the band’s upcoming album The Quest, due out on Oct 1st. Watch it now here:

Steve Howe comments: “Dare To Know presents a guitar theme played within many different arrangements, with different chord structures and altered textures. The ‘idea’ mentioned in the first verse gets described later as an awakening to the subtle goings on within our bodies and mind, all geared to nature’s scheme of things, all fluctuating and rearranging according to the principles of life, as we know it. The centrepiece leaves the orchestra alone to elaborate and develop the way the theme is heard, then augments the closing minutes of the song as it rests, with an acoustic guitar cadenza.”

The Quest was recorded across the globe and produced by Steve Howe. “Much of the music was written in late 2019 with the rest in 2020. We commissioned several orchestrations to augment and enhance the overall sound of these fresh new recordings, hoping that our emphasis on melody, coupled with some expansive instrumental solo breaks, keeps up the momentum for our listeners,” said Steve.

The sessions took place in the UK with Steve Howe, Geoff Downes & Jon Davison, while Alan White & Billy Sherwood got together in the studio in the US. “Billy Sherwood and myself did all the rhythm sections, bass and drum, in America,” says Alan White, “down in Los Angeles at Uncle Studios, where he works a lot. It helps when you’ve got a good place to work,” Alan laughs, “and Billy’s really good on the recording desk, so we got things down relatively quickly. I spent quite a while studying the music before I went down to LA so I was prepared.”