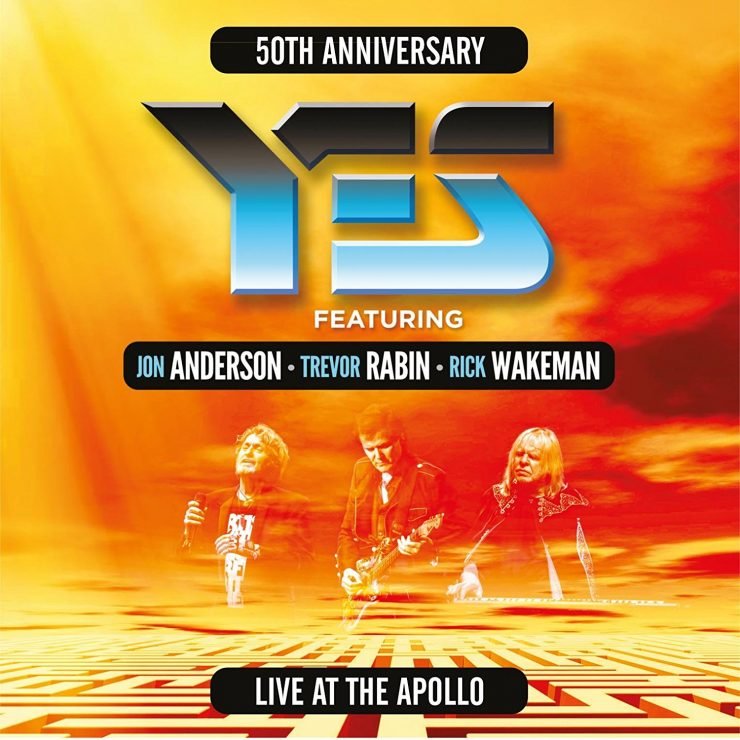 In 2016, Jon Anderson, Trevor Rabin and Rick Wakeman brought together their incredible talents and long experience of working in Yes to take to the road for a series of concerts celebrating Yes’ musical legacy of the seventies, eighties and nineties. Yes featuring Jon Anderson, Trevor Rabin and Rick Wakeman toured first in North America and then brought their live show to the UK in early 2017, including this performance captured at the Manchester Apollo. The band are in superb form in front of a sell-out crowd who are clearly loving every minute of the show which includes classic tracks such as Roundabout, Owner Of A Lonely Heart, And You And I, Hold On, Heart Of The Sunrise, Rhythm Of Love, I’ve Seen All Good People and many more.
The set will also be released on DVD, Blu-ray & 3LP. and is expected to be released September 7th, 2018.