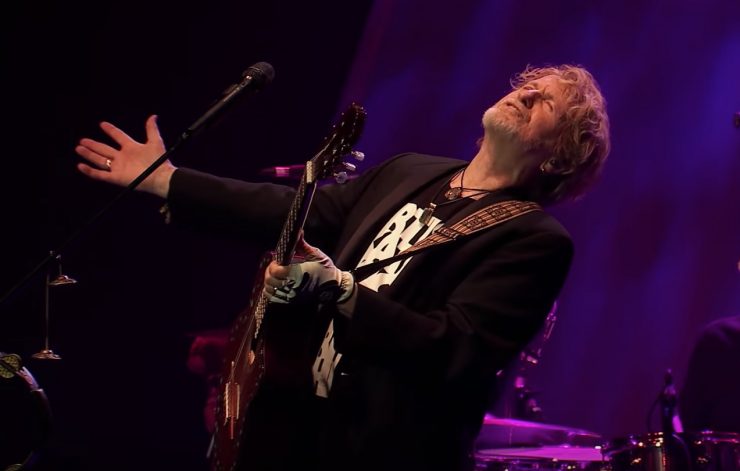 The CD/DVD/Blu-Ray set titled ‘Live at the Apollo’ is set for September 7th release on Eagle Rock Entertainment.

Yes featuring Jon Anderson, Trevor Rabin and Rick Wakeman recently announced a live CD/DVD/Blu-Ray set titled ‘Live at the Apollo’ for September 7th release on Eagle Rock Entertainment. Now the group have released a live video of their performance of “Rhythm Of Love” from the DVD. The performance was captured during the band’s set at the Manchester venue in early 2017. You can see the video here:

As far as new music, Trevor Rabin recently shared a song called “Fragile” on a radio show. But he tells Billboard there are still no official plans for a new record. Rabin says that “there is a lot of music that’s been written and stuff that’s been passed backwards and forwards,” but the group appears in no hurry to put anything out at the moment.

“I have no idea whether that’s in the cards or not, but it’s certainly not something I’m against and it’s not something Jon or Rick is against,” Rabin says. “We’ve been offered a number of record deals but we don’t want to commit to that, so we’ve turned them down. Doing a record contract is not something we want to do, and if we record then we’ll record first and then decide what to do with it. There won’t be some announcement that Yes signs to whatever. That’s not something we’re even interested in.”

Anderson, Rabin and Wakeman are joined on Live At The Apollo by bassist Lee Pomeroy and drummer Lou Molino III, with the package coinciding with Yes’ 50th anniversary.