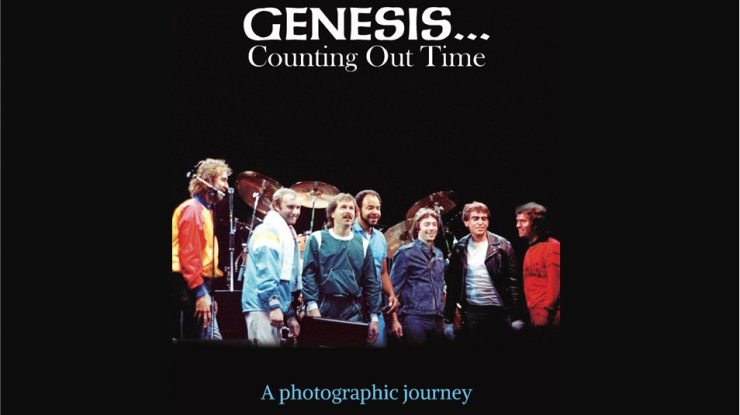 This full colour 128 page book printed on quality 170gsm silk paper is A4 in size and crammed full of great photos, many previously unpublished.

In 1975 when the music press announced that Peter Gabriel was leaving Genesis, the big question in everyone’s mind was: How can the band survive without the man whose costumes, stories, energy and image are its unique brand? Well of course we all know what happened… let’s just say they did survive. What changed significant was that the visual identity of the band varied almost immediately. You couldn’t have persuaded any of the remaining “hairy blokes” to put on a red dress and fox mast, that’s for sure! Gradually though the Genesis stage set was enhanced such that the visual spectacular came from copious quantities of lights, smoke, lasers, then staging, screens and video.

“Genesis… Counting Out Time – A Photographic Journey” captures all of these aspects in a superb photo hardback photo book. Given the band’s inactivity, most of 2018 has passed without a mention that this is their 50th anniversary, which is a shame. So this luxury volume from Wymer Publishing is as good a way to celebrate, coming, as it does in a presentation case with 7 high quality print shots suitable for framing of the band and its members.

I’ve been a Genesis fan for a long time and there are many shots in this book which represent times and tours that I have never seen photographs of before. Going back to the period I referred to earlier, the “And then there were four” section, you can see some amazing shots of the 1976 shows with Bill Bruford in the band, the 1977 shows with Hackett’s final appearances and the beginnings of the incredible light show, and the 1977 Peter Gabriel tour, which had him wearing a simple grey track suit, in contrast to his previous costumes – but he’s clearly performing like a man possessed, striking out down a new road, but with the passion of the younger man who the earlier sections of the book show in his flamboyant fullness. The first part of the book covers those early years with performance shots of the Gabriel led incarnation. It’s amazing how much energy the band appear to be exerting, while playing on what is fairly primitive equipment, eventually reaching the epic production standards of the Lamb Lies Down on Broadway shows, represented here in some moody black and white shots. 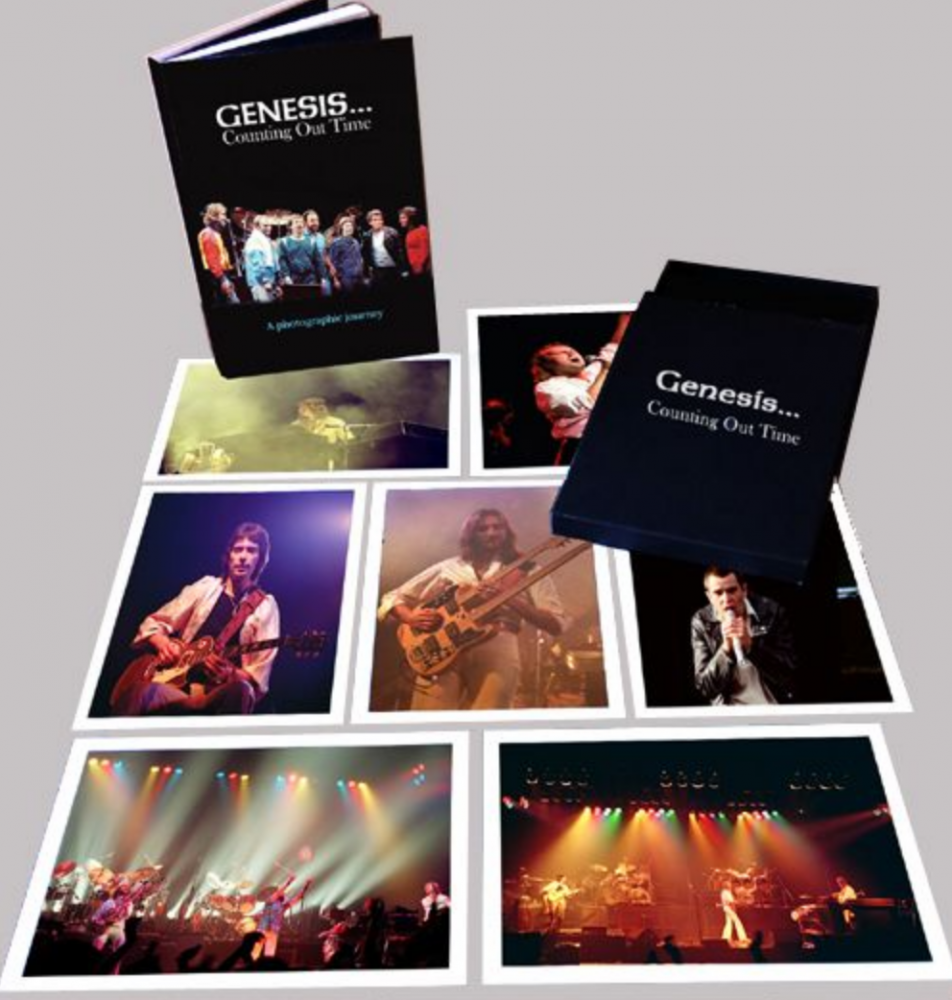 You also get some brilliant shots, and certainly many I have never seen, of the show that every fan wishes they had seen – the 1982 reunion show with Peter Gabriel at Milton Keynes. Hunting on YouTube you can hear what it sounded like – but seeing the pictures, in the absence of any (released) film of the show is as close you’re going to get to experiencing it. As the book moves through the 1980s, we get glimpses of lots of the band and solo tours, and it surprised me on how many occasions Mr Collins appears in shots at Gabriel shows over the years. The audience and the stage sets grow right through to the final 2007 tour with its incredible almost city-scape like staging. The books concludes with the closest you get to seeing Genesis these days, with some great pictures of Steve Hackett’s Genesis Revisited shows, and the book ends with a nice group of shots featuring individual pictures of the 5 members of the “classic line up” plus Ant Phillips and significant players such as Bruford, Chester Thompson, Darryl Stuermer, and Ray Wilson.

50 years of Genesis – quite an achievement. A great way to celebrate would be to buy this book, pull out your vinyl (or CDs, DVDAs, or downloads), and let the visuals and the music take you back… it’s been a long, long time – hasn’t it?

The book is available here:https://www.wymeruk.co.uk/webshop/collector-s-items/genesis-counting-out-time-a-photographic-journey/