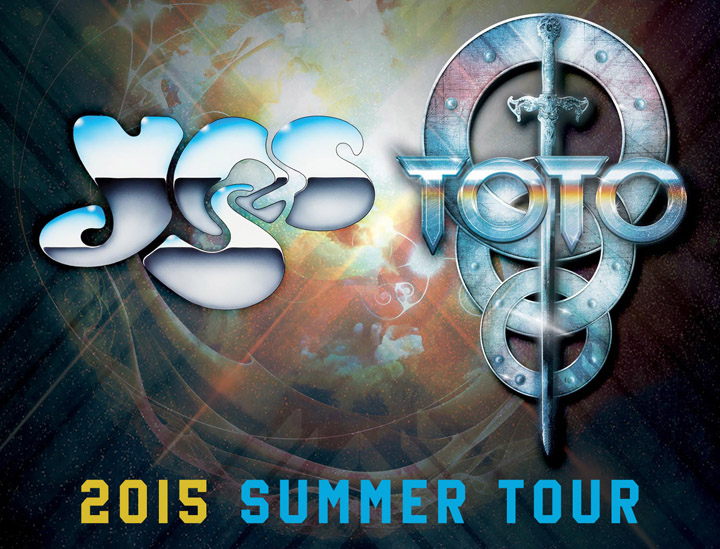 World-renowned recording artists YES and Toto today announced they will join forces this summer for a co-headlining North American tour.  The tour will begin August 7th and conclude Sept 12th.
“We’re thrilled to be hitting the road with Toto. Yes have always been big fans of Toto’s music, and we think the fans are going to really enjoy seeing both of us together” says YES co-founder and bassist, Chris Squire.

“We are so honored to be touring with our musical heroes, YES” remarked founder/guitarist Steve Lukather. “Life changing music for me and the guys and we even have a song on our new record totally inspired by them so it is a lifelong love of their music that has kept us fans to this day. We all stood and waited in line for tickets to see Close to the Edge and Topographic.. many many shows as young upcoming musicians/fans in the 70’s and were blown away and inspired to be better musicians and composers by YES’s amazing music, musicianship and insanely cool live shows. This is a crazy dream come true for us and we can’t wait to do this tour and to make new friends and solidify old friendships.”

Toto just released their latest album TOTO XIV and YES will be releasing a new live CD/DVD (recorded at the Mesa Arts Center in Mesa, Arizona) entitled Like It Is on July 7th. 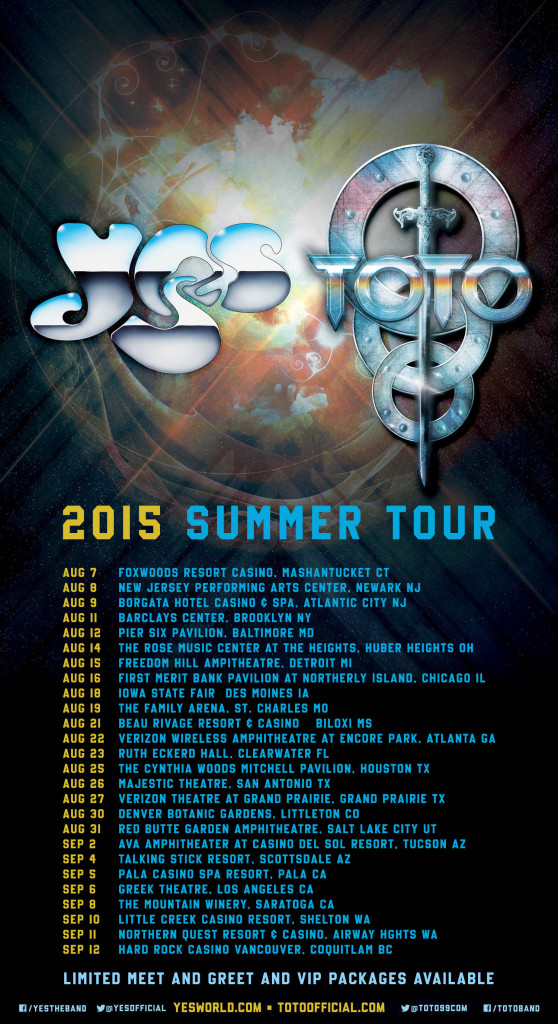